3 Pairs of X-Metals Lost or Stolen - Please be on the Lookout!

I am really disappointed to report that several of my recently acquired X-Metals have been lost or stolen.

I spent the last couple months hunting down some really nice X-Metals, and purchased:

I will post pics of all 3 pairs. The Crater and Penny have serial numbers, but the XX does not.

I shipped all of these, along with 24K and Jade Straightlink lenses (as donors) to @Chet Manley for some of his incredible customizing work. The Mars Crater has Silver Dillon lenses that were purchased by @Scarface. Chet was going to unmount the Dillons and mail the lenses using the packaging and postage I included (another small kick in the teeth). Serhat knows I will reimburse him for the Dillon lenses, if they are indeed lost for good. I wouldn't leave anyone feeling the way I'm feeling now.

The only problem is, the box never arrived.

USPS tracking says the box was Delivered, and Left with Individual, but we know that's false. No one was home at the time, and the letter carrier signed on behalf of the recipient... so the tracking info, as provided by the USPS, is false. USPS Geo-Tracking shows that the package was scanned in front of Chet's house, but that doesn't mean it was actually left there. There is no photo of the delivery attached to the tracking. It could have been left on the porch and stolen, or it could've been left at a neighbor's house by mistake, or the letter carrier may have never left the package to begin with. The USPS says they are going to knock on some doors to see if anyone has the package, or if anyone saw anything unusual. They also said they would leave some letters in neighbor's mailboxes, in case someone might know something.

I would prefer this thread not turn into anything other information. It's not funny; I'm down and pissed off. What's the purpose of this thread? I was hoping you could keep your eyes peeled for these glasses, in case someone is dumb enough to post them for sale on eBay, Mercari, Offer-Up, etc. I'm watching, but can't be everywhere. If anyone sees anything, or has some useful information to offer, please feel free to post. Here are pics and serial numbers (for the Crater and Penny) of the glasses. 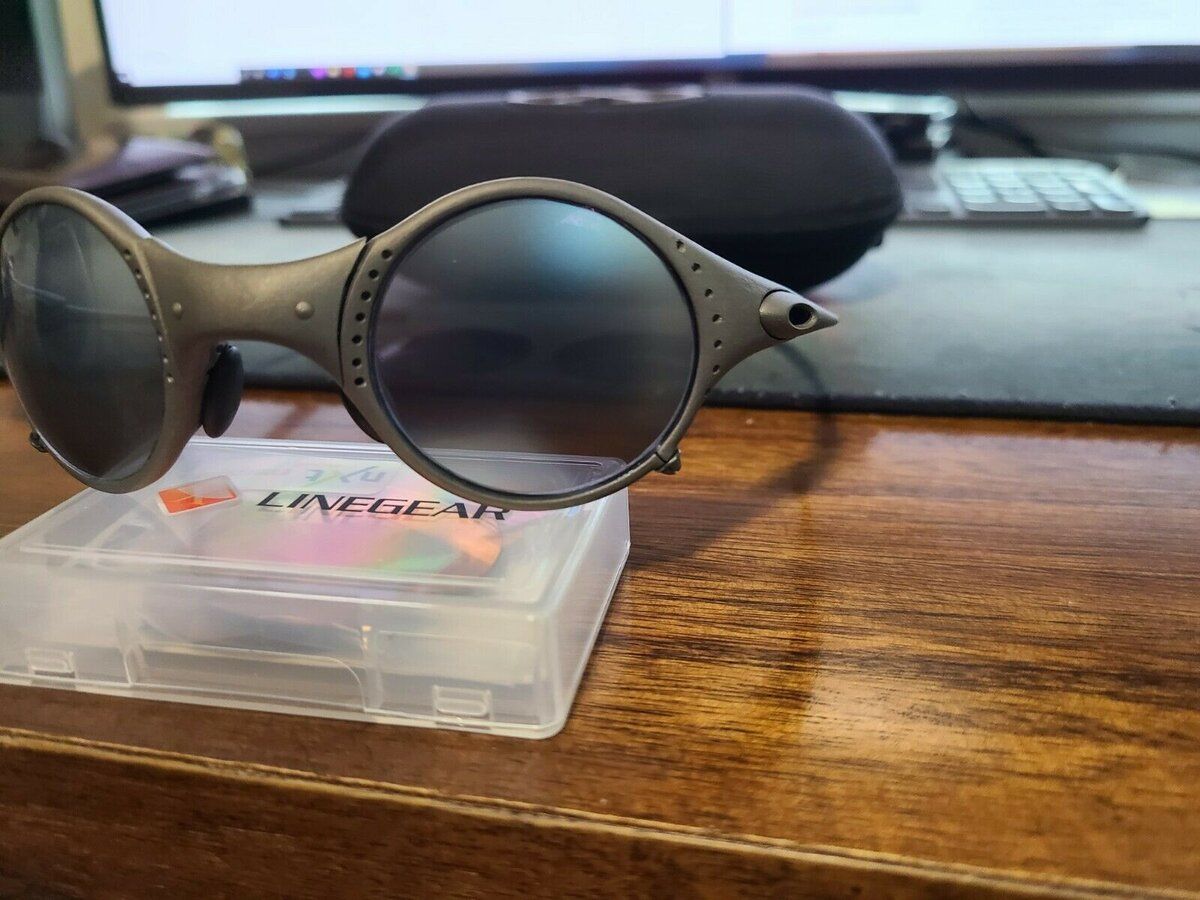 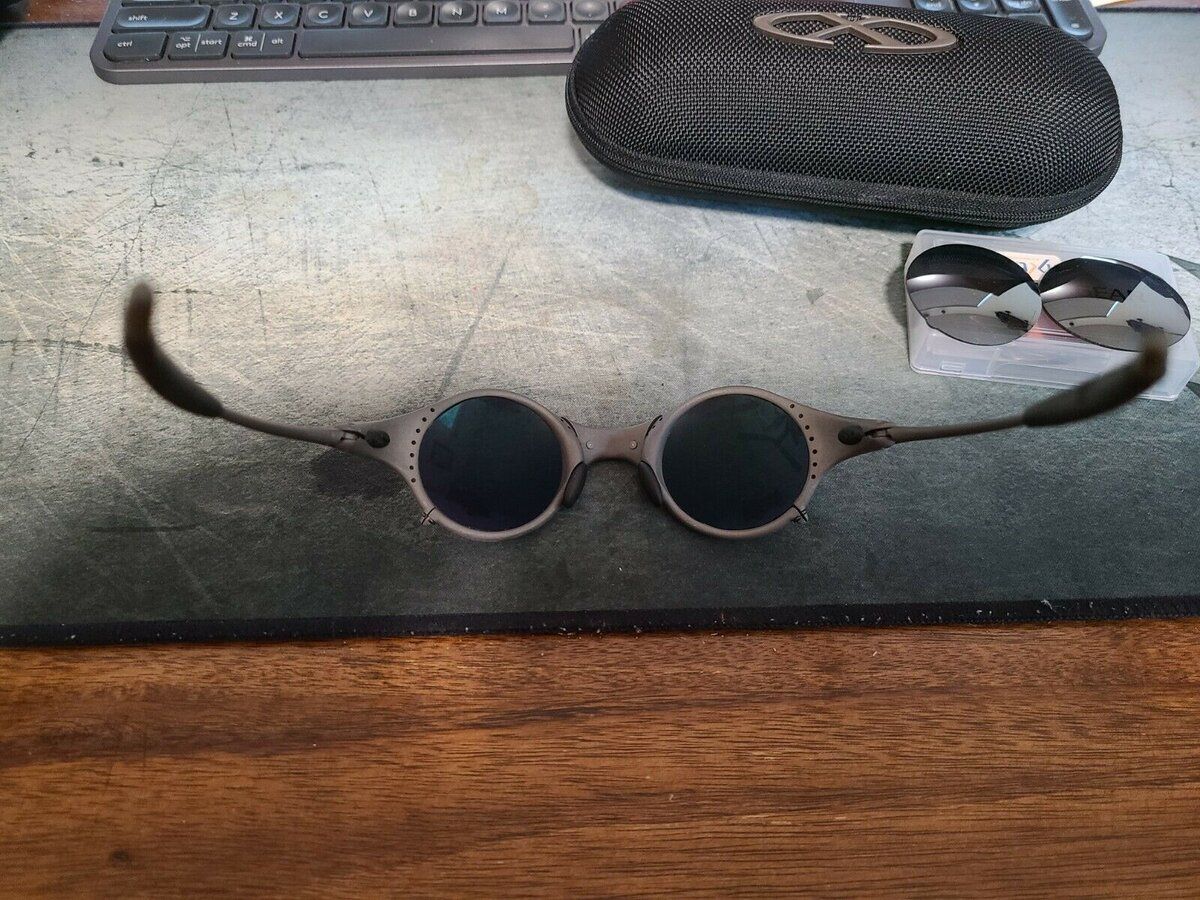 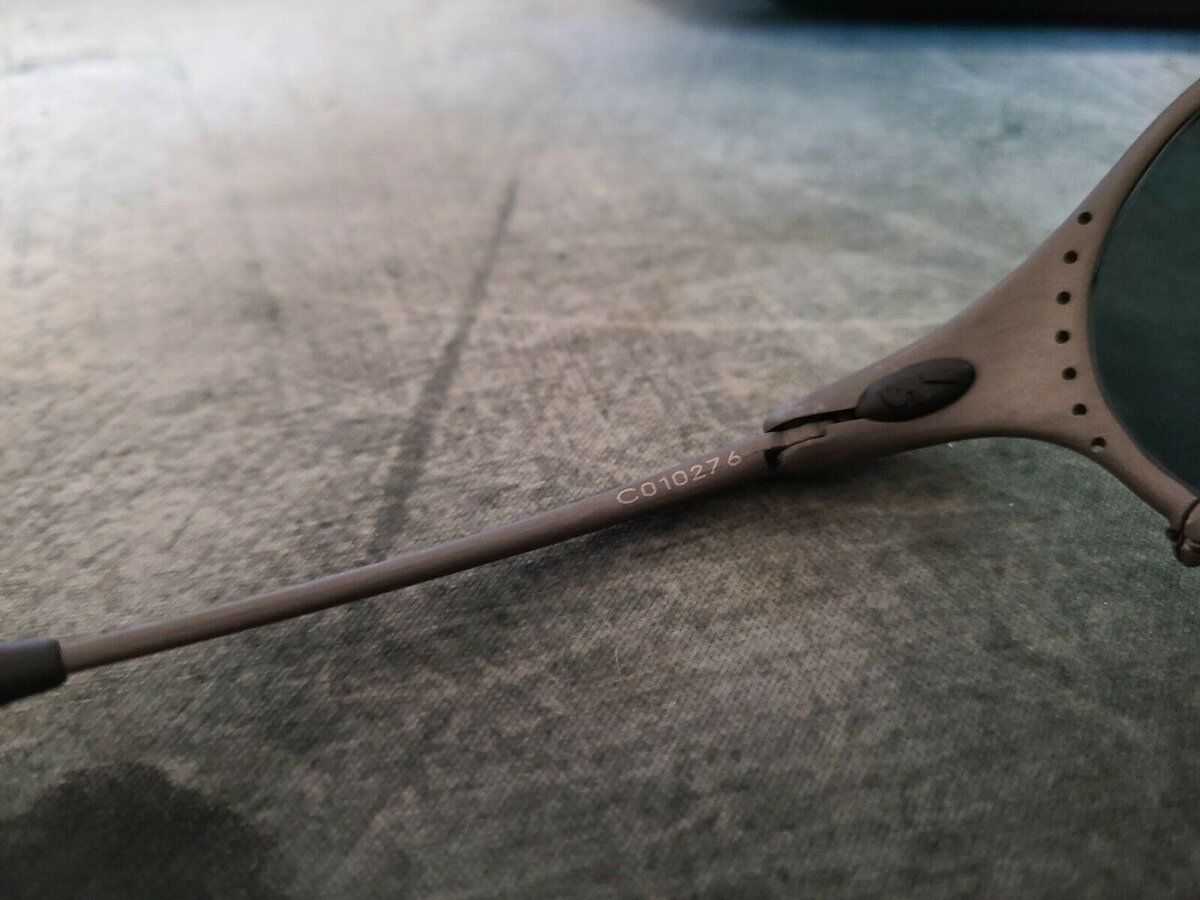 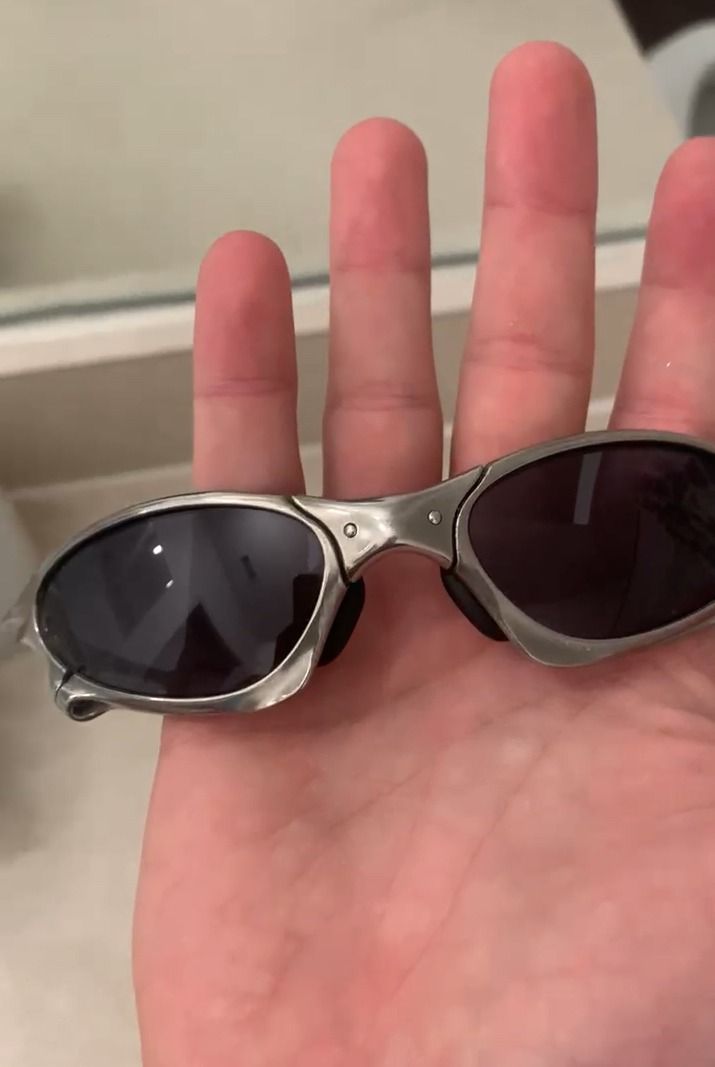 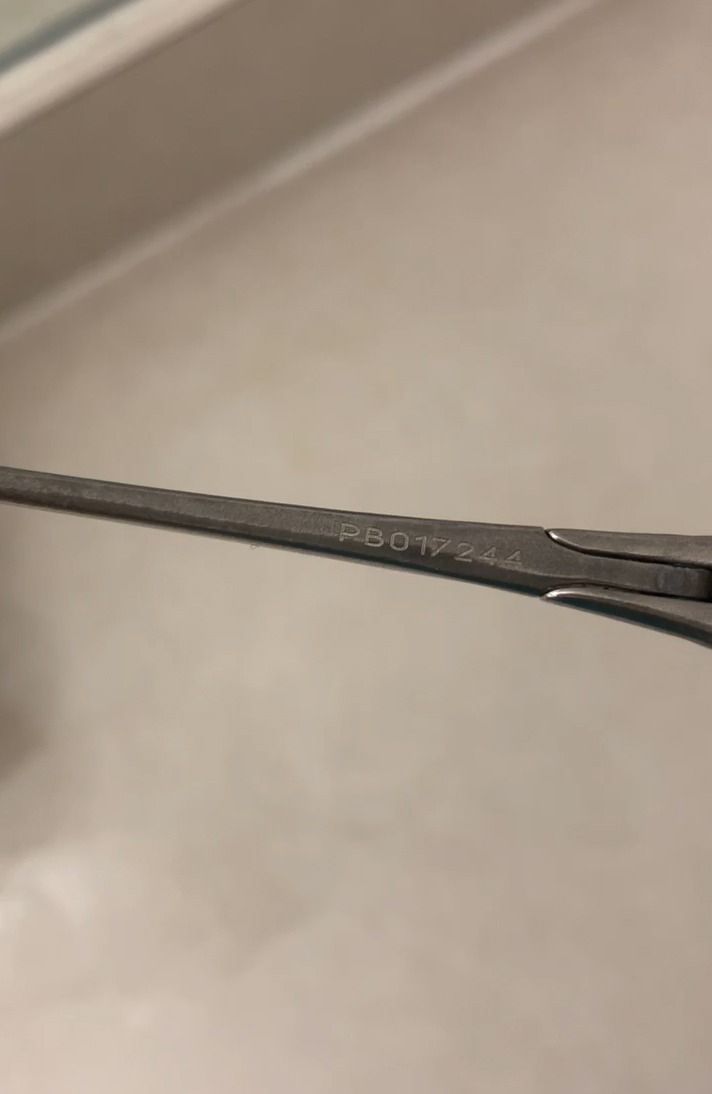 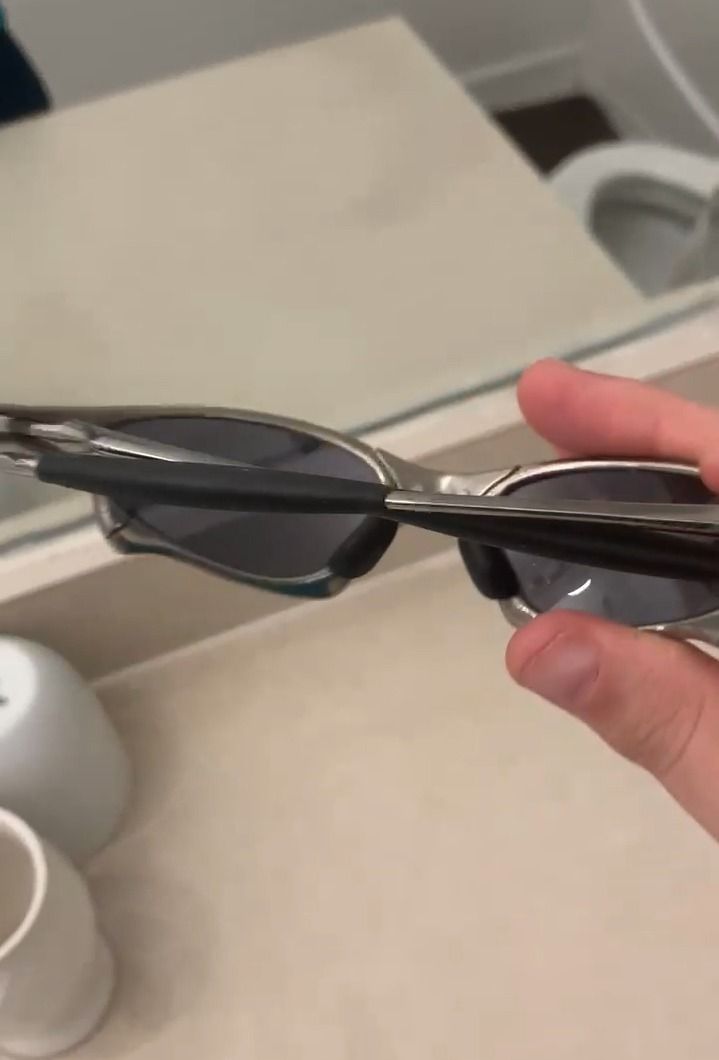 That sucks plain and simple Matt, I had a similar issue with an order I placed recently. The place was a bit sketchy but I thought I would be protected by Paypal, the USPS, etc. I never got the package and the tracking says delivered so no help from Paypal. I need to get to the Post Office to check the GPS and see what they can do but I never have issues in my neighborhood with missing packages. I will keep an eye out. Good luck with your search

I'm sorry brother, i know how you feel right now. I hope you get these back or at least get reimbursed

That is every sellers or buyers nightmare.
So sorry man.
Last edited: 8/12/21

Sorry to hear about your missing package. That sucks Hopefully the package shows up.

Thanks guys! I appreciate your thoughts and encouragement. I'm going to stay on it, and try not to lose perspective. Life is very good, and I'm glad missing sunglasses, regardless of how expensive they were, is one of my worst problems at the moment.
M

Thats sucks. But good to stay positive mate.
"Life is very good, and I'm glad missing sunglasses, regardless of how expensive they were, is one of my worst problems at the moment."
Hope you get em back but if you don't lets hope bad karma falls upon the dude that took them!

Oh no dude! That sucks!!! Stolen packages is a huge problem everywhere lately.

Just a couple suggestions to those that read this thread (if anything let me know and I’ll remove): I highly recommend the ring doorbell for proof that something wasn’t delivered. I also suggest having Packages you ship of high-value held at the local post office for pick up. Either of these solutions would prevent 99% of the problems we have with USPS.

Just a couple suggestions to those that read this thread (if anything let me know and I’ll remove): I highly recommend the ring doorbell for proof that something wasn’t delivered. I also suggest having Packages you ship of high-value held at the local post office for pick up. Either of these solutions would prevent 99% of the problems we have with USPS.
Click to expand...


Insurance would also be helpful to pair with a front door camera. Mine has saved my ass numerous times.

The World Is Yours

I hope you get your stuff back mate.
Not fun using a lot of money for glasses you really wanted then this **** happening

Regarding X-Metals looking for Advice and Connections.
3 4 5

4/20/22
Username Hidden
U
R
Hello from Austin, Texas! Just found this forum while searching for a pair of X-Squared!
2