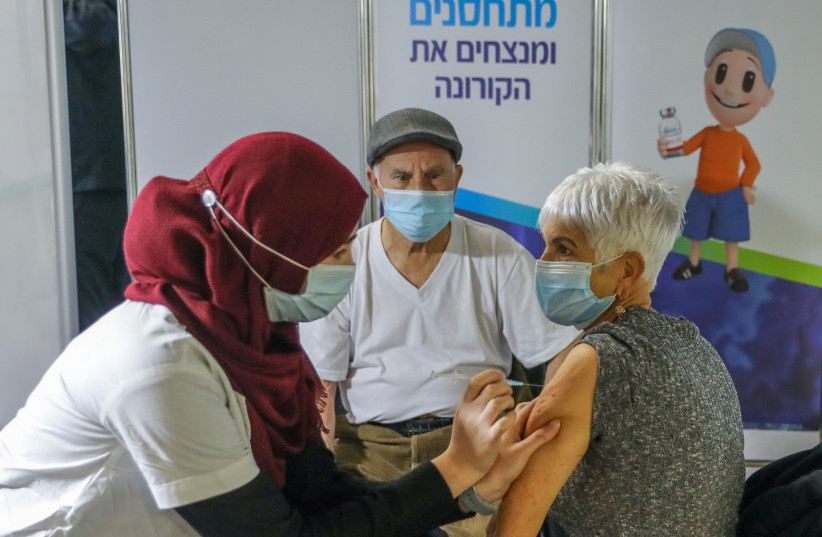 Israel's Vaccination Experience
Israel has given the first shot to 4.2 million people—more than two-thirds of eligible citizens over 16 years old—and a second shot to 2.8 million, according to its health ministry. The country has around 9.3 million citizens.
The study, which involved about 9,000 people, also found a 75% reduction in both symptomatic and asymptomatic infections after the first shot. The study was published as a correspondence, meaning it represents the views of the authors and not the Lancet. 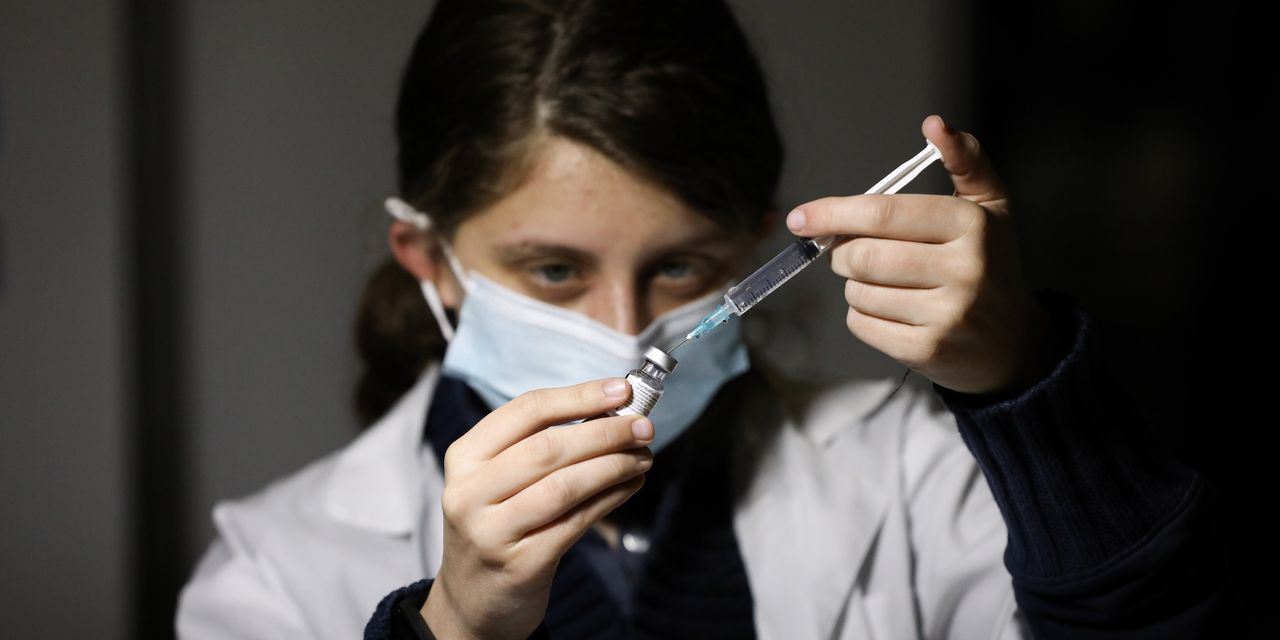 Pfizer-BioNTech Vaccine Is Highly Effective After One Dose and Can Be Stored in Normal Freezers, Data Shows

The vaccine generates robust immunity after one dose and can be stored in ordinary freezers instead of at ultracold temperatures, according to new research and data released by the companies.

Complications - Post Hospital Heart Damage Lingers
Heart damage is present in a significant number of COVID-19 patients after they have been hospitalized with elevated troponin levels, according to new findings published in the European Heart Journal.

The study’s authors used MRI examinations to evaluate 148 COVID-19 patients. All patients had elevated troponin levels and were treated at one of six hospitals in London during the pandemic’s first few months. The images were obtained at least one full month following discharge, suggesting the identified damage can remain for a considerable amount of time. Forty healthy volunteers also underwent MRI scans to provide the analysis with a control group.

Overall, signs of heart damage—which included inflammation, scarring and restricted blood supply to the heart—were present in 54% of patients. The heart’s left ventricle did appear to be free of damage and functioning properly for 89% of patients.

Anaphylaxis 11.1/million with Pfizer Vaccinations
In general, anaphylaxis occurs in 1.3 per 1 million vaccinations, but it appears to occur somewhat more frequently after COVID-19 vaccination, notes David M. Lang, MD, Chair of the Department of Allergy and Clinical Immunology in Cleveland Clinic’s Respiratory Institute.

According to the CDC, 21 cases of anaphylaxis have been reported following the nearly 1.9 million Pfizer-BioNTech vaccinations administered in the U.S. as of Dec. 23, 2020. That’s a rate of 11.1 per 1 million vaccinations.

Most people didn’t have side effects. A little over 50% didn’t experience any side effects at all and remember, they were still 94% protected after receiving the vaccine. So, you don’t need to worry if you don’t have any symptoms after your COVID-19 vaccinations.

Pregnancy - A Risk for COVID-19
Originally, pregnancy was not thought to be a risk for COVID infection. A recent study showed they were significantly more likely to require intensive care, to be connected to a specialized heart-lung bypass machine, and to require mechanical ventilation than nonpregnant women of the same age who had Covid symptoms. Most importantly, the pregnant women faced a 70 percent increased risk of death, when compared to nonpregnant women who were symptomatic. 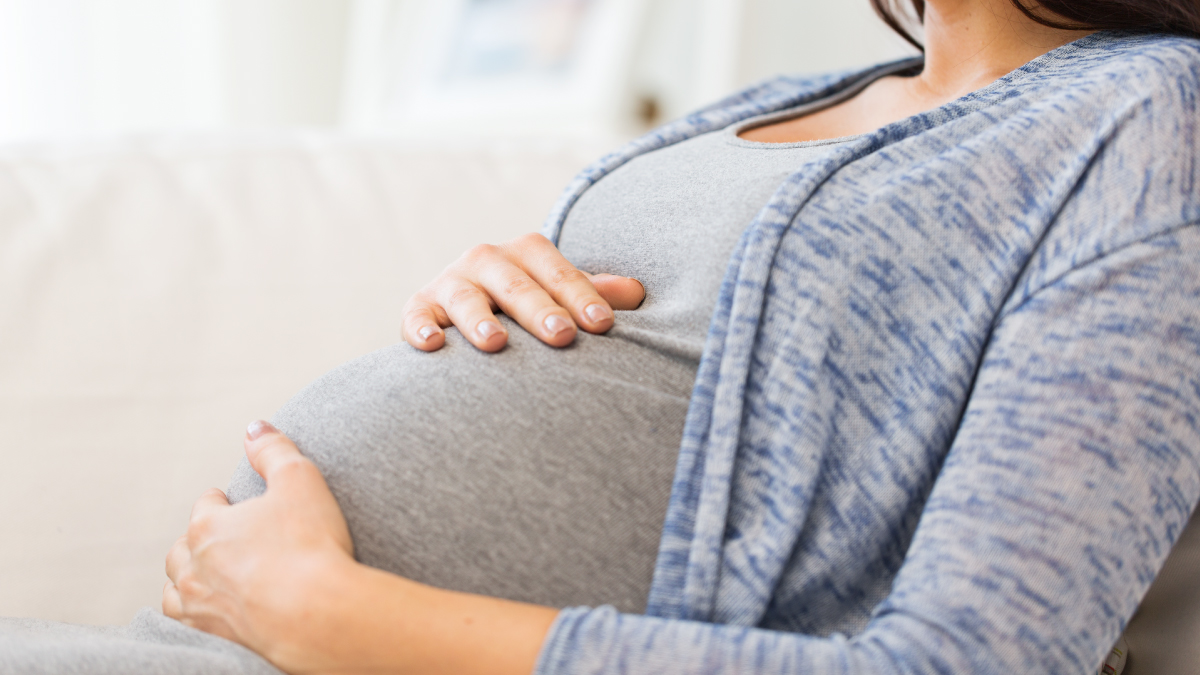 Update: Characteristics of Symptomatic Women of ...

This report provides an analysis of approximately 400,000 women aged 15–44 years with symptomatic COVID-19 ...

Severe illness appears to be more common in later pregnancy. In the UKOSS study, most women were hospitalised in their third trimester or peripartum (n = 342, 81%).The median gestational age at hospital admission was 34+0 weeks of gestation (interquartile range [IQR] 29–38 weeks of gestation).11 Similarly, an analysis of women in French hospitals showed that those in the second half of pregnancy, from 20 weeks of gestation, were five times more likely to be admitted to ICU than those in the first half of pregnancy.
Badr DA, Mattern J, Carlin A, et al. Are clinical outcomes worse for pregnant women at >/=20 weeks’ gestation infected with coronavirus disease 2019? A multicenter case-control study with propensity score matching. Am J Obstet Gynecol 2020 Jul 27 [Epub ahead of print]

Maternal COVID-19 is associated with an approximately three times greater risk of preterm birth.A systematic review estimated the risk at approximately 17%.8 Most of these preterm births (94%) were iatrogenic. In the UKOSS study, 58% of women gave birth during the data collection period; the median gestational age at birth was 38 weeks (IQR 36–39 weeks).

Maternal COVID-19 is also associated with an increased rate of caesarean birth.Again,from the UKOSS study, 59% of women had caesarean births; approximately half of these were because of maternal or fetal compromise.The remainder were for obstetric reasons (e.g. progress in labour, previous caesarean birth) or maternal request (6%). Of the women having a caesarean birth, 20% required general anaesthesia (GA) because of severe COVID-19 symptoms or urgency of birth.


The below advice applies to a normal pregnancy. With twins, there are more risks involved.

If she gets COVID, she has a 3 times greater risk of preterm birth and also has a higher risk for Caesarian birth.

Severe illness is more common in later pregnancy. Those > 20 weeks into their pregnancy were 5 times more likely to be admitted to ICU than those in the first half of pregnancy.

It's thought that they are more likely to be admitted to ICU than non-pregnant women (but this is based on a single study).

She is more at risk if she has any of these risk factors:-

re: the foetus - There's no increase of stillbirth or neonatal death among women with COVID-19, but there isn't enough information concerning miscarriage.

There is a theoretical risk that foetal growth restriction can occur (because 2/3 of pregnancies with SARS 1 were affected by FGR).

There haven't been any reported cases of mothers transmitting the virus to the baby during birth. The virus has not been found in amniotic fluid.

Babies can be breastfed even if mother is COVID positive and even though breast milk can contain viral particles.

Babies under 2 yo SHOULD NOT be given masks or faceshields due to the risk of sudden infant death syndrome (SIDS).

“At this point, we don’t have enough data to determine a causal link with pregnancy, as there may be other comorbidities at play, including diabetes, respiratory and cardiovascular problems. Among COVID-19 cases in female patients with known pregnancy status, the data on race, ethnicity, symptoms, underlying conditions and outcomes were missing for a large proportion of cases. Further research on this is desperately needed,” Dr. Goje explains. 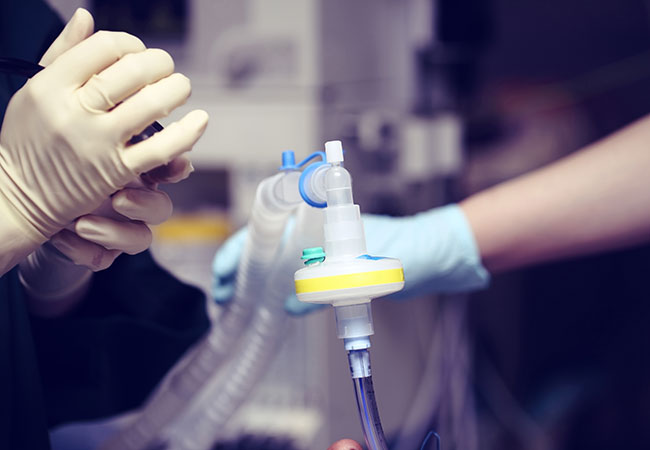 Complications of COVID-19 in Pregnancy: A Case Study 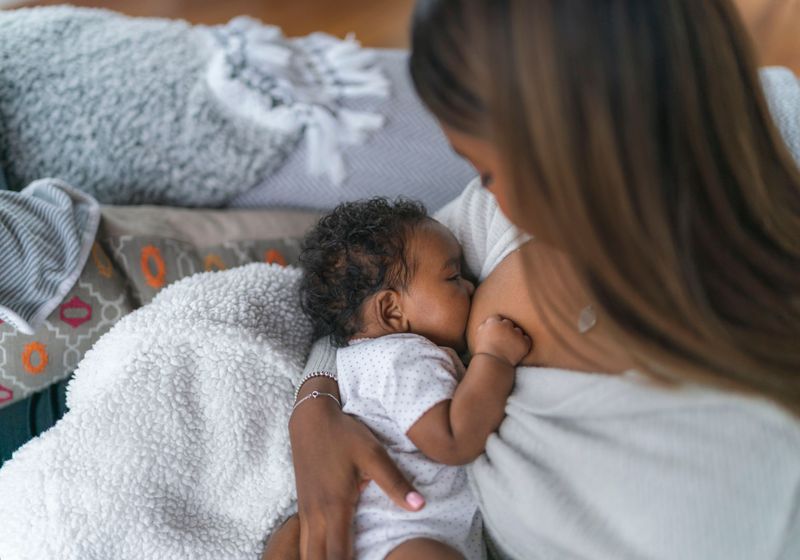 An abundance of immunoglobulin antibodies, and a paucity of viral RNA, in breastmilk offer evidence that women can safely continue breastfeeding during the pandemic.

240 participants who had a confirmed infection with the SARS-CoV-2 virus found that pregnant women were 3.5 times more likely to be hospitalized because of the disease and had a 13 times higher rate of mortality in comparison to those of a similar age.

Pregnancy Conferred a 70% Higher Rate of Infection
Pregnant women in Washington state were infected with COVID-19 at a 70% higher rate than others of similar ages, with nonwhite women shouldering a disproportionate burden. 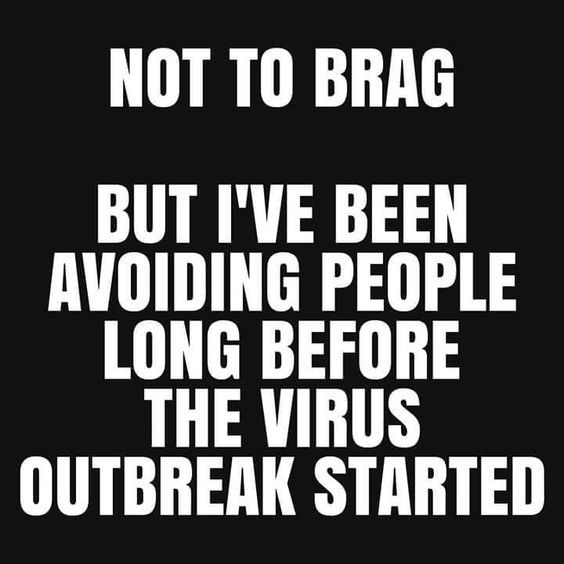 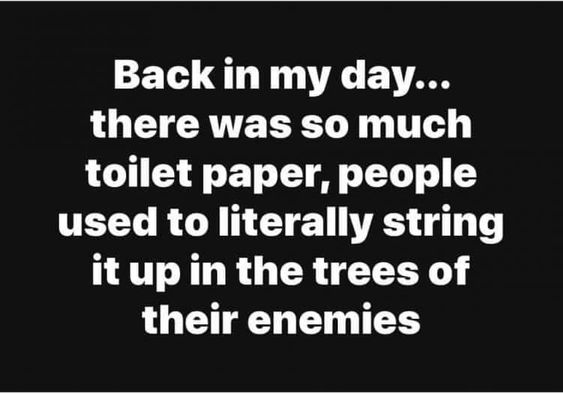 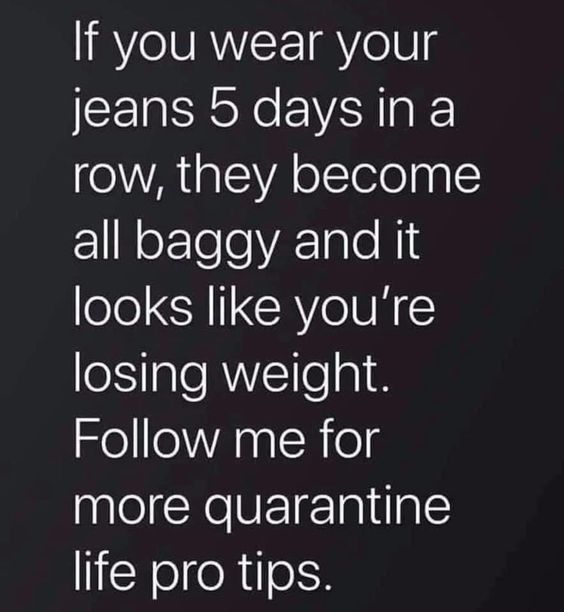 And now back to your regularly scheduled programs.


And now back to your regularly scheduled programs.

Anosmia
The study also found that patients generally developed anosmia 4.4 days after the onset of the SARS-CoV-2 infection, with a duration of 8.96 days, and 98% of patients could recover within 28 days
https://www.ncbi.nlm.nih.gov/pmc/articles/PMC7265845/#bb0135

The study also found that patients generally developed anosmia 4.4 days after the onset of the SARS-CoV-2 infection, with a duration of 8.96 days, and 98% of patients could recover within 28 days

COVID-19 and anosmia: A review based on up-to-date knowledge 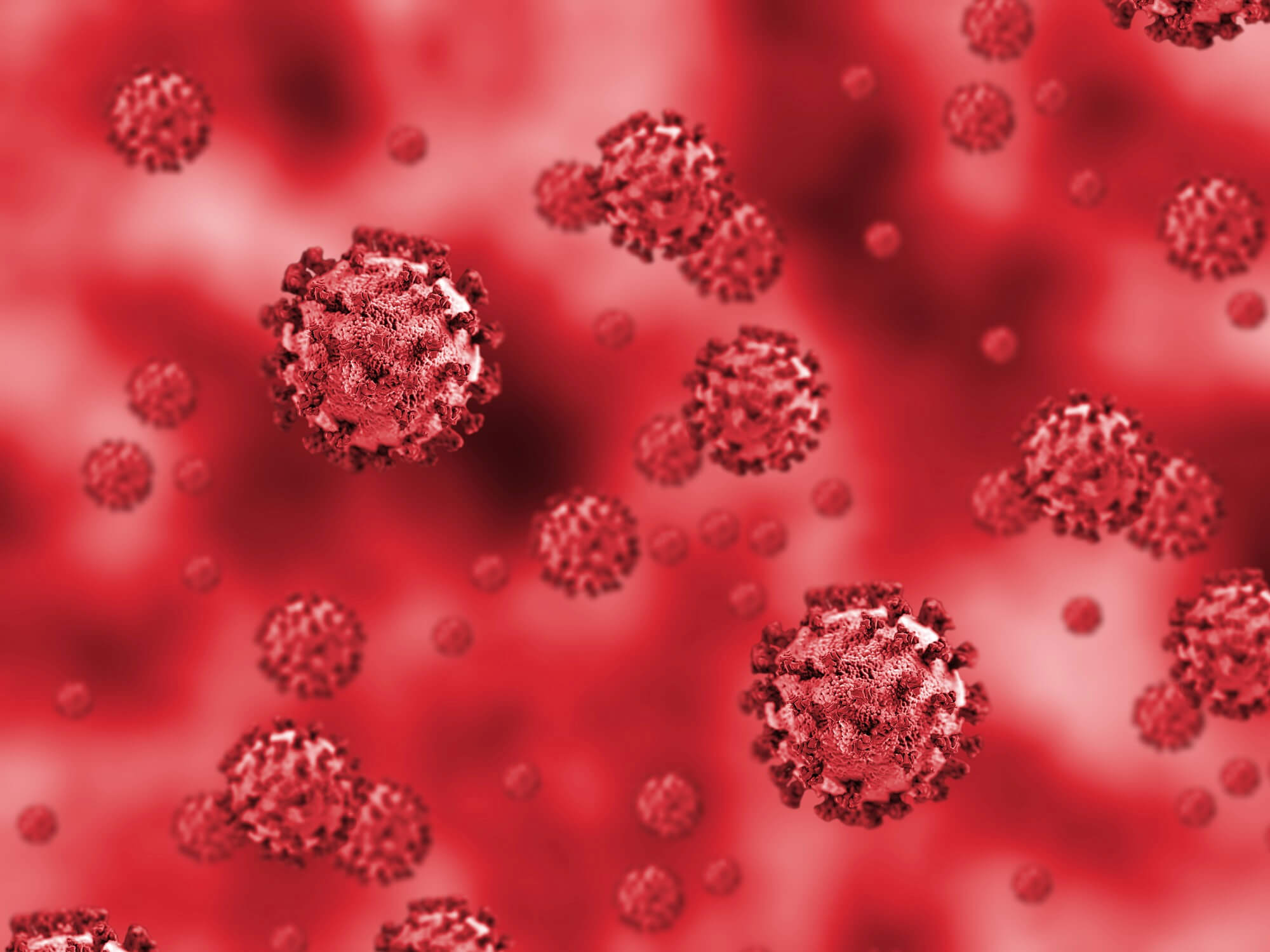 Loss of Taste (Ageusia) and Smell (Anosmia)
47-80% lose this, especially in asymptomatic or mild disease because tongue has ACE2 receptors 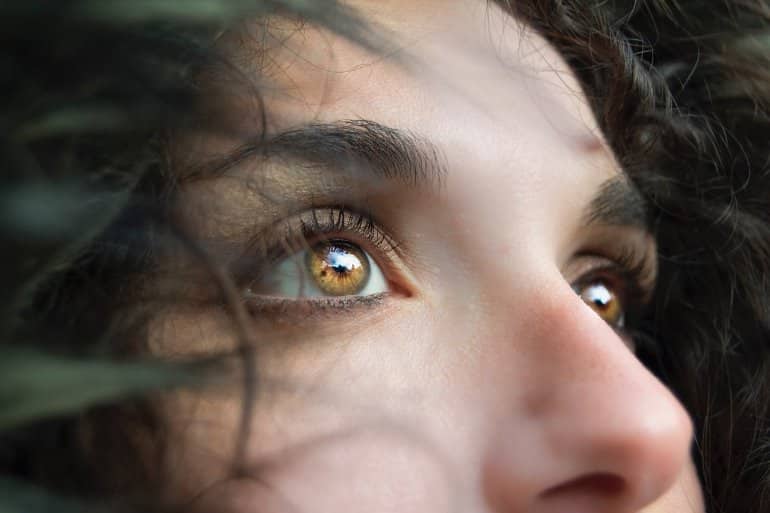 51% of COVID-19 patients report they experienced the loss of smell and taste up to five months after infection. On average, once their senses were restored, people reported a loss in sensitivity to smell and taste.