I don’t love them as much as my original eye jackets and never wear them even though I think they are bad ass. Eye jacket 2.0 metallic black with new fuse chrome lenses. Rubbers are all good as well and i am pretty sure I have a spare set of oem black lenses that I took out of them that are wearable. Asking 135$ shipped in the US. 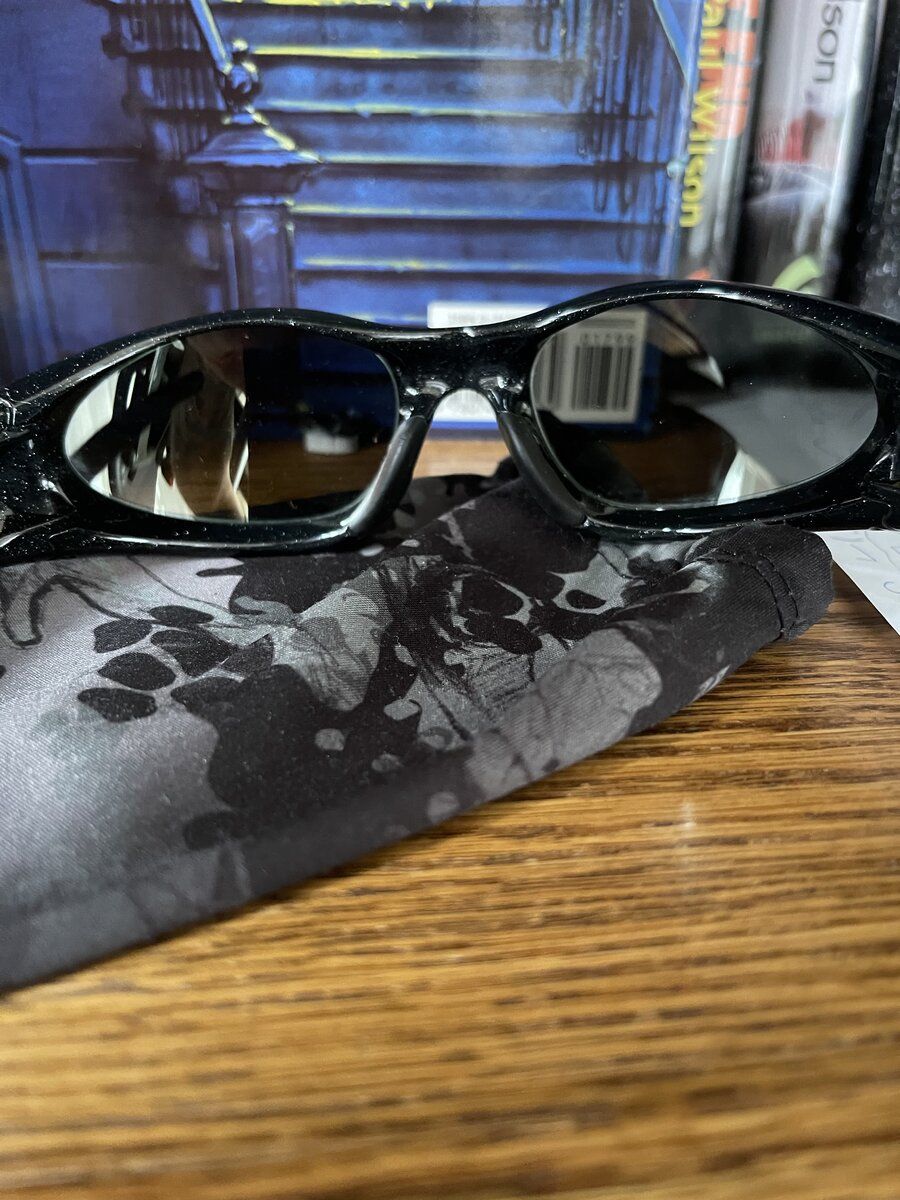 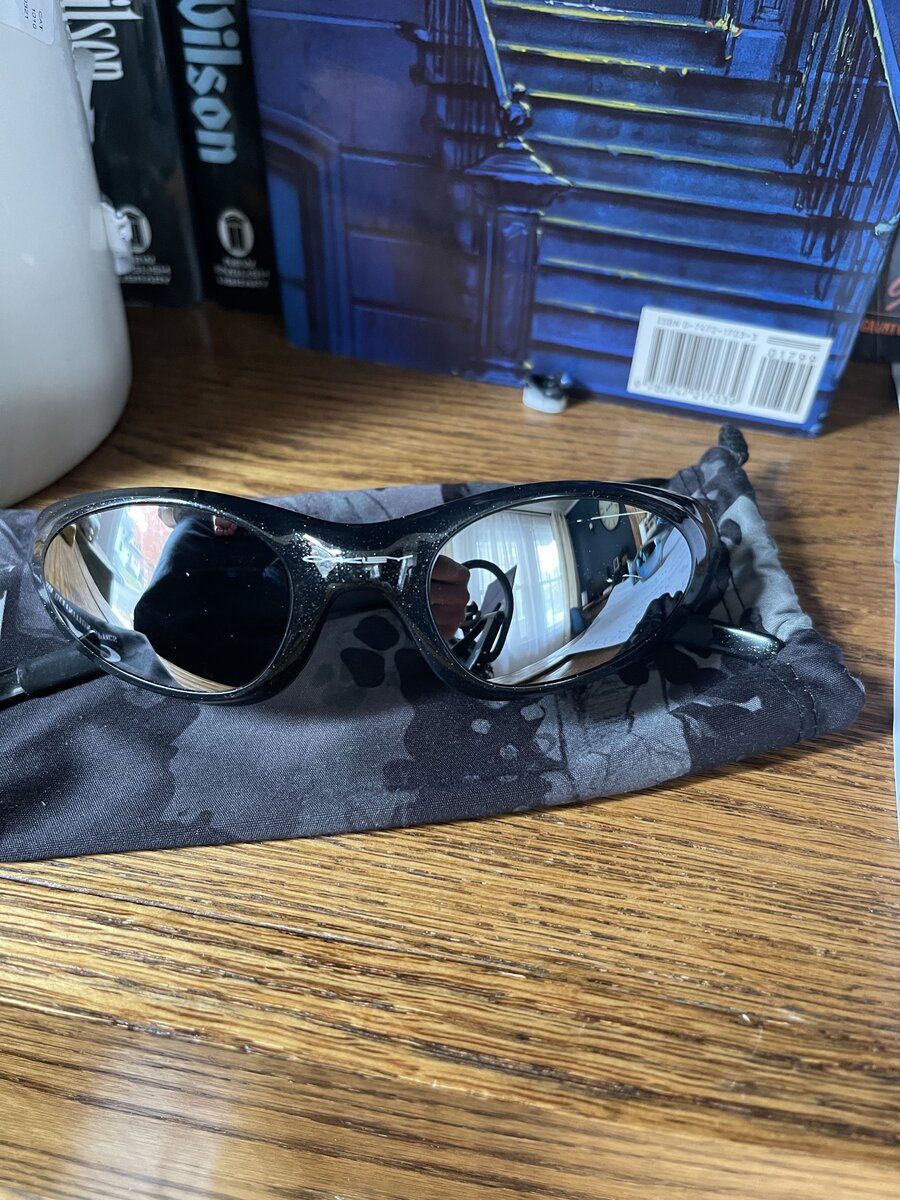 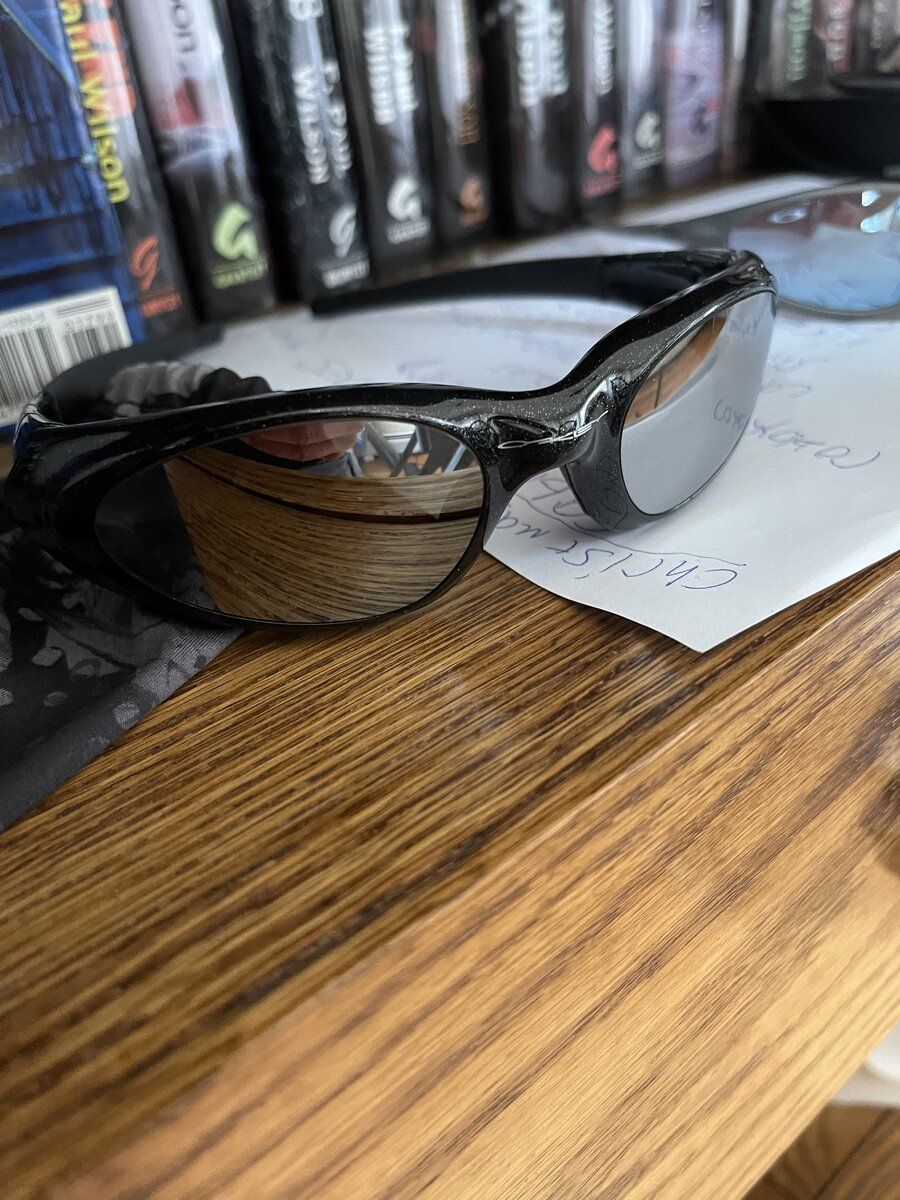 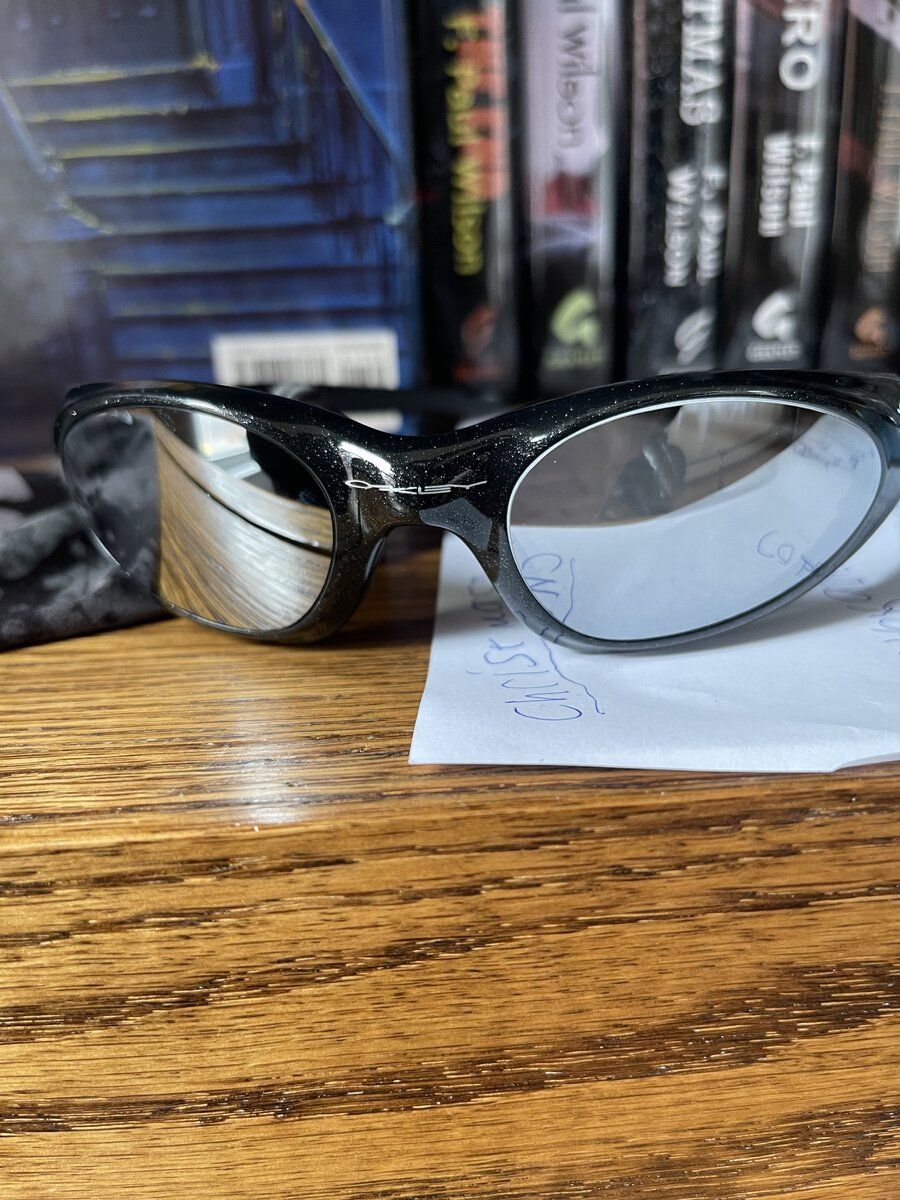 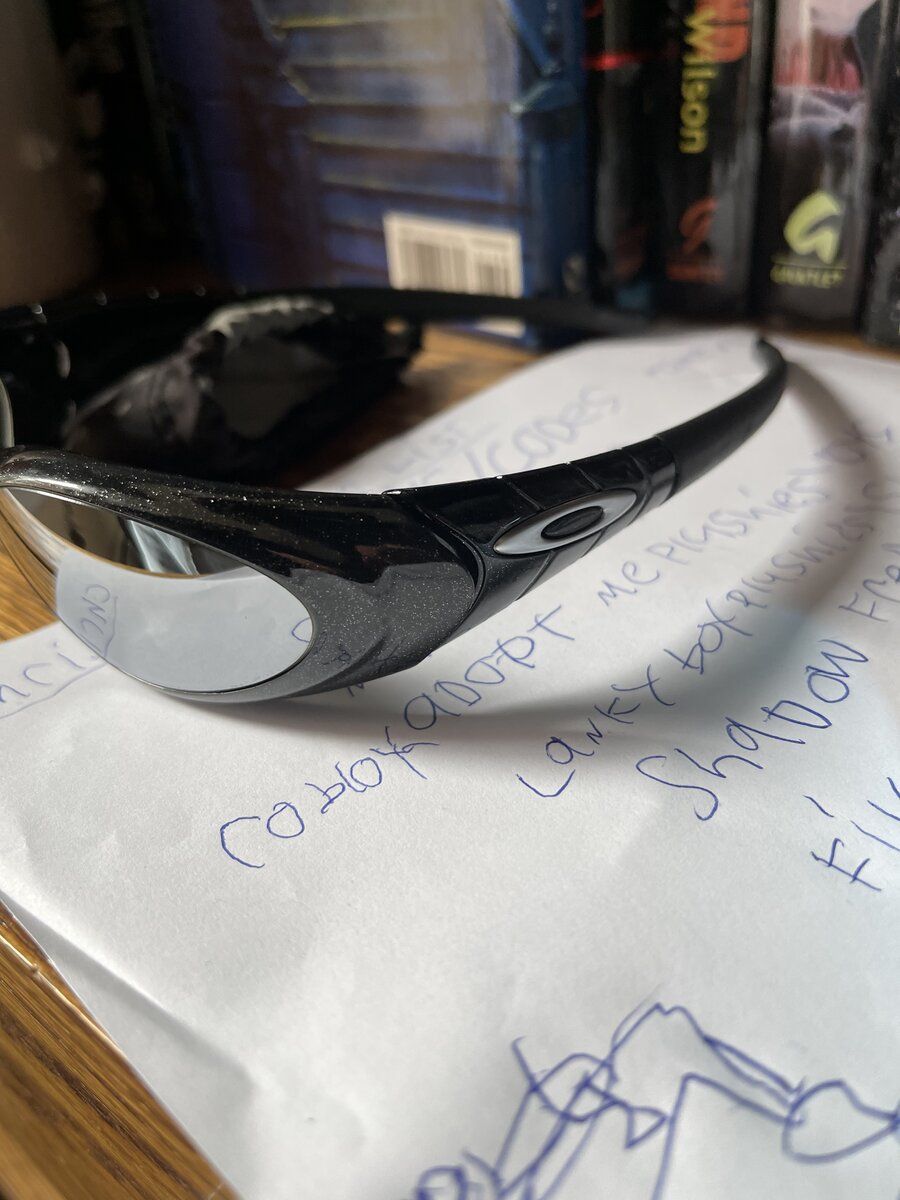 Also have a cannon red pair that I found while going through my bookshelf. The Oakley has disappeared from the nose bridge (which I actually think looks better) and the earsocks have some life left but I would replace them if you can find them. Also missing a nose bomb. Oem black lenses are still in them, have a few dots but not noticeable and wearable. Would like to sell both at the same time. Asking 60$ 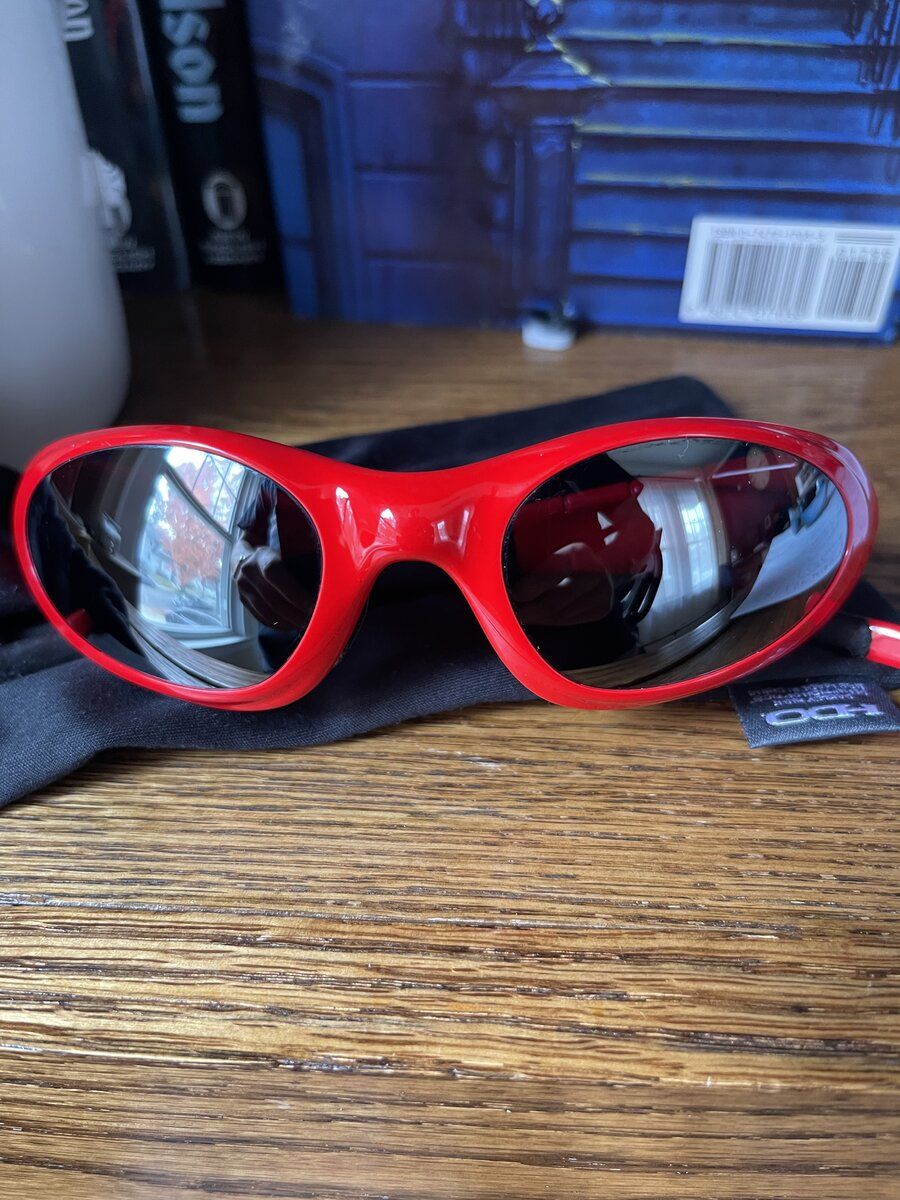 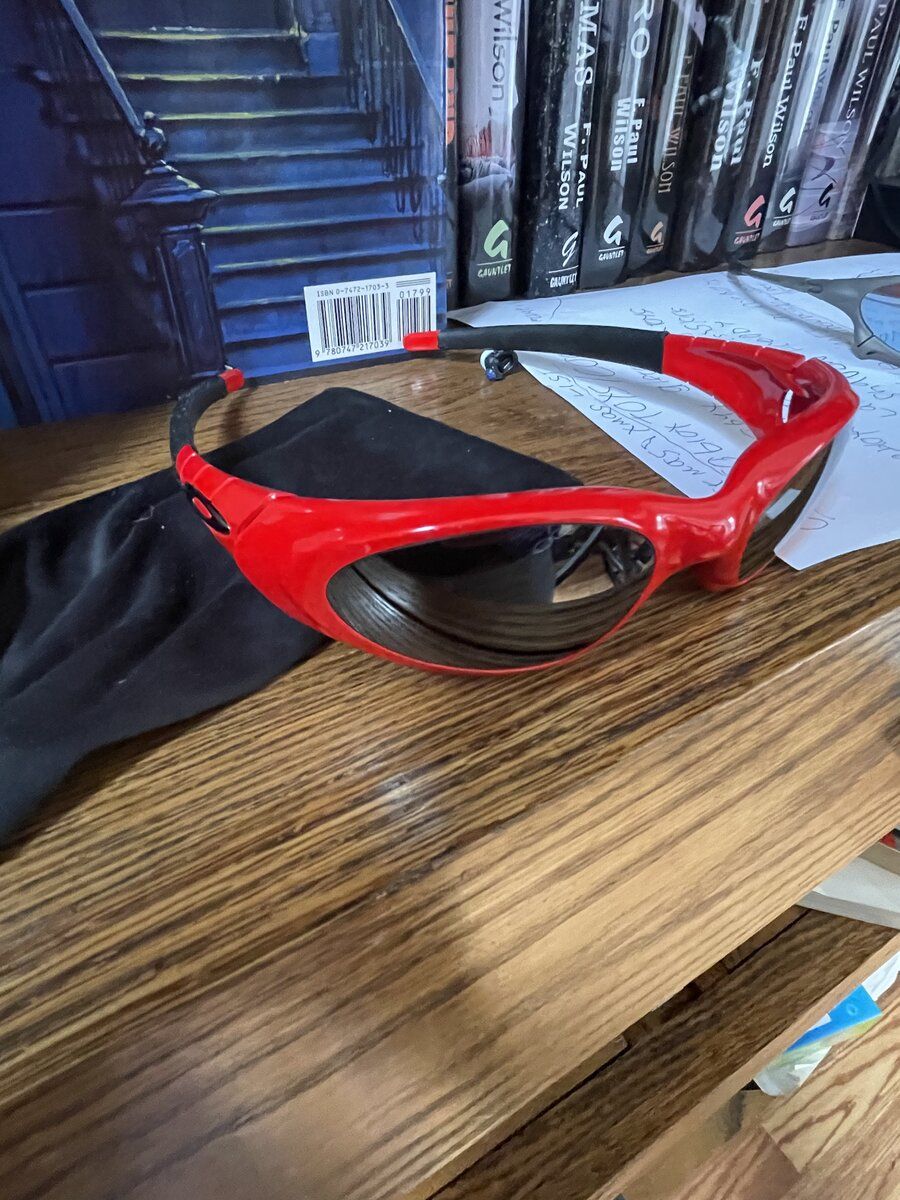 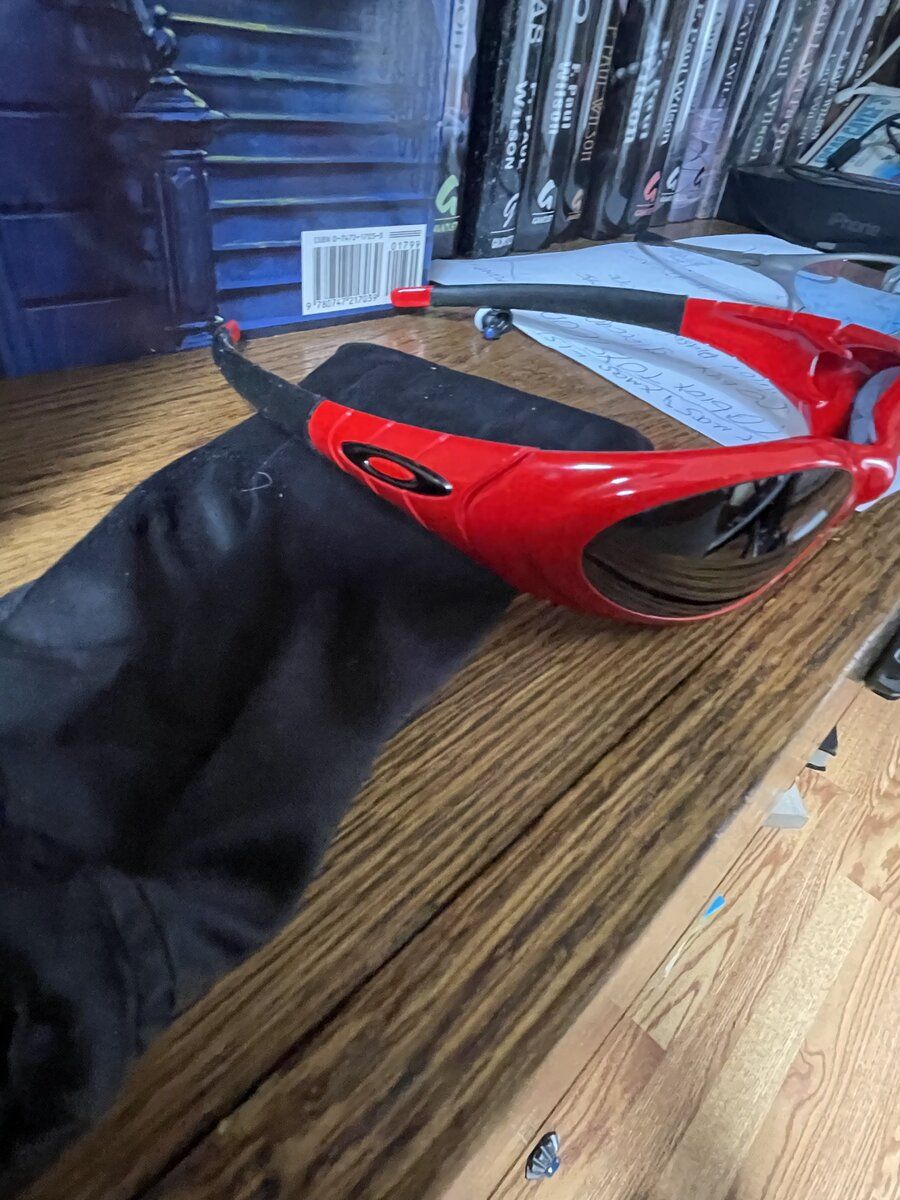 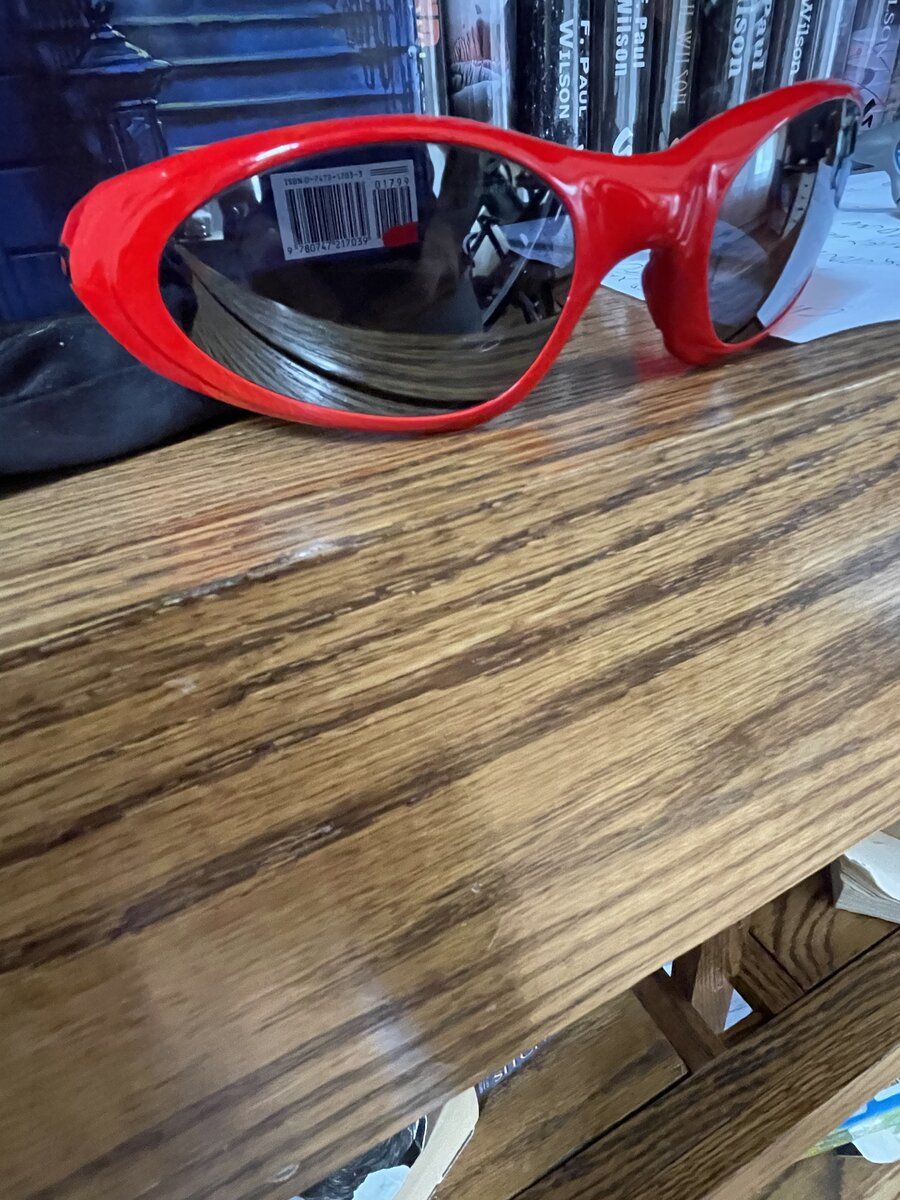 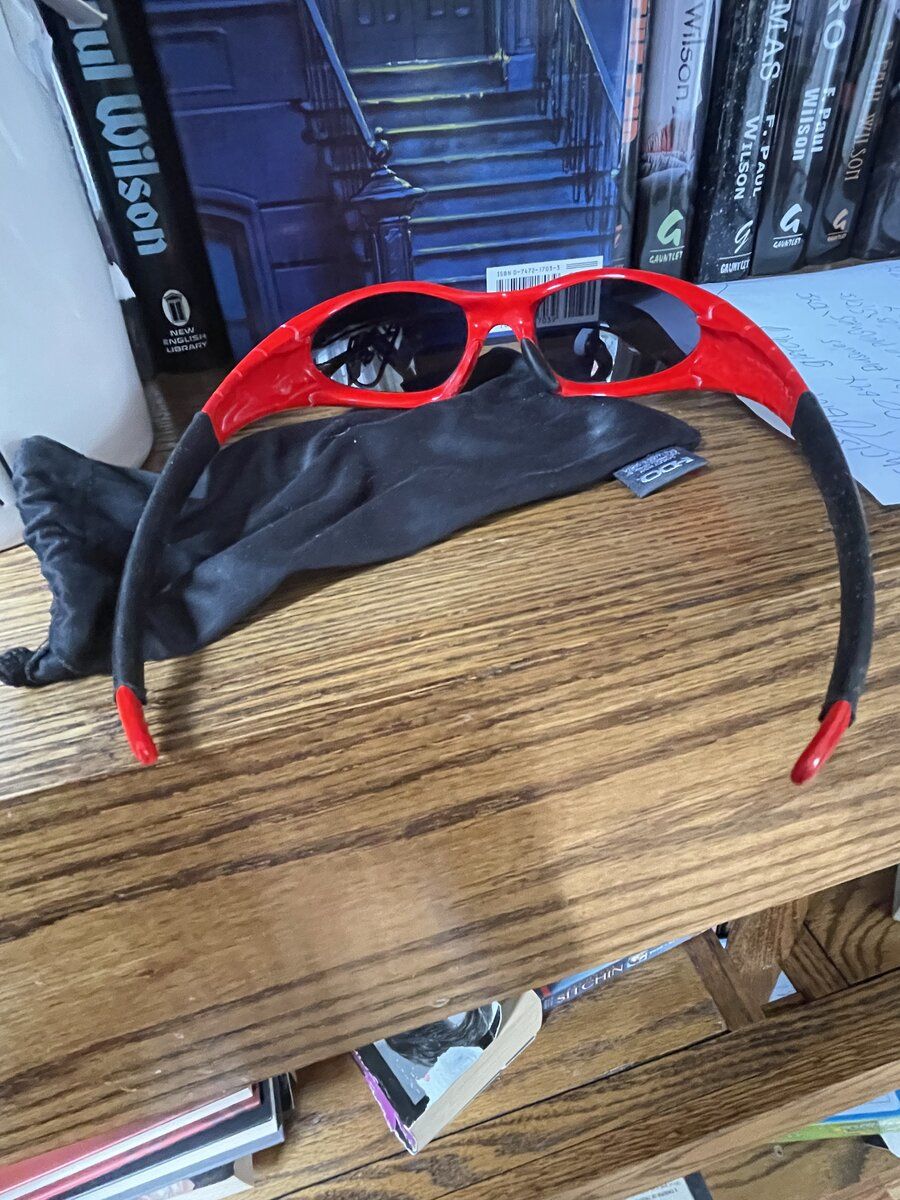