TLDR: I would strongly advise against ordering non-rx Oakley’s for pick-up at LensCrafters.

When @joshbrinzo posted that the Xeus were back on the Oakley site, my eyes lit up! What the heck, I’ll shoot my shot.

I was ready to be hurt all over again.

This time, though, I was gonna be slick and have the order shipped to a local store (instead of my house). My reasoning was that maybe Oakley would be less likely to cancel the order that way.

Well, either I was lucky, my strategy paid off, or both - because it actually shipped! Fast forward a few days, and my order arrived at the local LensCrafters. Solid.

So I decide to go this morning after work to pick it up. It starts out pretty well. I’m greeted by the person I later discovered to be the manager, and she asks what she can help me with. I tell her I’m picking up an online order. She sends me to the back of the store, where orders are apparently picked up. Cool, so far so good.

As soon as I sit down, I can see my Xeus box on a counter. Great, we’re halfway there! Older gentleman in a white lab coat greets me, I show him my email and ID, and inform him that I’m picking up my online order. This, by the way, should have been the extent of my involvement in this transaction. He turns around, looks at some papers and says he can’t find any order. I tell him it’s likely the box on the counter 3 feet from him. He looks at the box, looks at my order email, then back again; he’s visibly wracking his brain for a solution to this apparently complicated situation.

I’m not liking where this is going. Mind you, the email he’s looking at has a picture of the Xeus in it, and the box has a picture of the Xeus on one of the stickers. Its not in a case or on display; it’s obviously for me. He opens the box, and I realize he’s looking for paperwork. I’m gonna guess it was probably thrown away with the shipping box the Xeus arrived to the store in. I’m also not liking how gruffly he’s handling it. Eventually, he gives up and takes the box, my name and the order number and says he’s going to consult with the manager in front. After a looooong while, she arrives. She’s on the phone, then starts opening cabinets and looking through binders. Next, she hands me a sheet to fill out. This is obviously their job, and they’re making me do it out of pure laziness. Oh well, I’m not gonna argue over some paperwork; I just want this to be over with.

Side note: I could have written down that King Midas came to pick up a 24k Kato, because not once did anyone look at that paper after I filled it out.

Finally, she takes the Xeus packaging, which is now missing it’s protective plastic sleeve, out of the cardboard box and puts the box on the counter behind her. Stuff like this must be why so many X-Metals aren’t complete. I ask her for the box, then ask for the plastic sleeve that was present when lab coat guy opened the box earlier. She says she has no idea what I’m talking about. Then, after turning her head left, then right, she says she can’t see it. I politely ask her to check at the front desk. Obviously annoyed now, she goes to check and, surprise surprise, it was at the front desk. While I’m checking the contents for completeness, she asks what I’m gonna do with it. I explain I’m a collector, which is why I’m being particular, etc etc. She says she understands; she collects sneakers.

Wow, so she was purposely ******* with me for no reason. Or maybe she’s just the type of collector that throws some of the packaging in the garbage every time she cops a limited release. Whatever.

Miraculously, it’s intact. I thank her and start leaving. On the way out, lab coat mutters something to me. It’s like they were trying to set me off so they could have a customer to complain about that day. I just thanked him and kept it moving. Suffice to say, I’m going to avoid picking up from a Lenscrafters like the plague. What a terrible customer experience compared to every Oakley store or Vault I’ve ever been in!

On a positive note (or to add insult to injury, depending on your point of view) I got home and found a package had arrived after I left for work last night. The second Xeus order I made, which didn’t get a tracking number, shipment email or anything, also went through! So shipping to the store likely served no purpose at all. Fantastic.

What the heck!!! That sounds like an absolutely miserable day. I can't believe all of it, but I'm glad you were able to get it.

I will definitely avoid LensCrafters at all costs from now on, though I haven't done that yet!

joshbrinzo said:
What the heck!!! That sounds like an absolutely miserable day. I can't believe all of it, but I'm glad you were able to get it.

I will definitely avoid LensCrafters at all costs from now on, though I haven't done that yet!
Click to expand...

It was a disappointing experience for sure. That’s why I wanted to throw my experience out there in case someone is curious to try it in the future. At least it worked out lol
G

Dude, if you talk to MK.D be sure dont let him touch you, well may be some Romeso 1 pure gold wil be classy

Gustavson2.0 said:
Dude, if you talk to MK.D be sure dont let him touch you, well may be some Romeso 1 pure gold wil be classy
Click to expand... 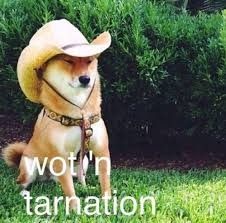 I gave up on Lenscrafters years ago.

Some locations seemed to give good service, others couldn't give a damn. My impression was each location reflected it's manager.

A Creek in AZ

New scrip for glasses and sunnies

C
Is my prescription too high for Oakley sunglasses?
2