Keep reading for our full Oakley Det Cord review and options available to see how this pair is worth every penny for those who need the protection! 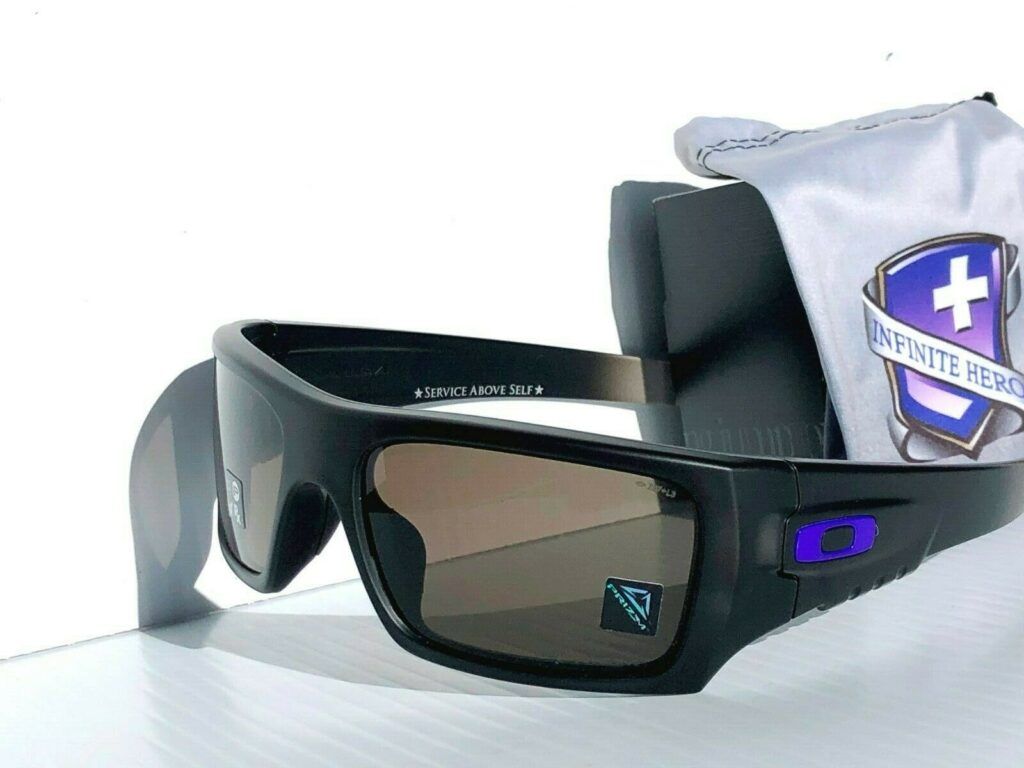 I have owned and used different Ray-Bans for almost 20 years. But lately i’ve got a new hobby in my life wich is hiking. This summer myself and my wife has been on several mountain trips.

So i decided to finally buy a proper Oakley sunglasses! I do not know a lot about Oakley, but after some research i just wanted a pair with a very good coverage! And a pair i can use for several situations.

I went for the Oakley Det Cord in matte black with grey lenses. I dont really need safety glasses whatsoever (i mean for work etc) but i do like the look and the great coverage and i love how they fit, very lightweight and secure on face. It feels like no sunlight whatsoever comes through or around the glasses!

I have never felt that once with my Ray-Bans.

So my real question is:

Does the Det Cord with grey lenses come with 100% UV protection despite being more of a pair of safety glasses? Are this safety glasses a good choice for use as regular sunglasses? Maybe they let in more light through the lenses than im use to with my Ray-Ban, so my eyes get tired or something? What type of lenses are used? Is it plutonite lenses in Det cord?

Does anyone here use Det Cord as regular sunglasses? And how is the protection for you?

i’ve been looking for the Oakley Flak 2.0 xl instead with prizm lenses, wich is more fitting for hiking i guess?

i love the fit and everything about my Det Cord, its just very frustrating that my eyes dont care for them so much!

thanks for reading all this!

How may I help you?

Welcome to the forum.

I would say the gray lens is not best suited depending on the light conditions. Gray is good for partly cloudy, probably the reason after some time you are fatiguing. Have a look through this thread that I will link for some good information on choosing a lens suited best for you.

Last edited 11th May, 2021 by @cacatman Download the Excel Spreadsheet with ALL the information from my Dropbox link here. Dropbox - Lenses.xlsx Introduction Ever wanted to know what lens you've got? Or what is the best use of the Oakley lens you've got? Look no further. It's been grouped in...

They do have 100% UV protection. All plutonite lenses do (the material used by Oakley) even clear. However I would get a different pair for hiking. I'd suggest looking at the Fuel Cell if you like the feel if the Det Cord because it's very close in size and shape. The flak 2.0 XL is a great option too. As far as lenses go, Prizm Black Polarized or Black Iridium Polarized are great options. I also love Deep Water Polarized because of the nice rose tint it gives you while wearing them.

If you have an Oakley Store or Sunglass Hut near you, that would be the best way to try the lenses out before buying them
O

Thank you for your answers. I really appreciate it.

I will look for another pair with a different lense. I see Flak 2.0 XL has the black prizm polarized.

and is it the same with shocktube? I really like the military style i guess.

I don't know as much about the frame options, but I do own the Flak 2.0 XL, Holbrook XL, and Clifden (and Latch Alpha, but I wouldn't really take those out to the trails).

They're all Prizm Lens and I do have Prizm Black and Prizm Black Iridium, but they are just what the frames came with, have them popped out for the lenses I prefer (Holbrook and Flak 2.0 can easily change lenses). As they said above all of the lenses they have made of plutonite have inherit UV blocking for anything below 400nm. Also the plutonite(polycarbonate) lens are impact resistant regardless of the frame basically they won't shatter or snap in half allowing debris to hit your eye, at most you may have the impact of the entire lens hit your outer socket area but that's usually much better than whatever going thru and losing your eye.

I live in western Michigan, so we do get sun, but usually it ends up being a little hazy and on many days partly cloudy (mid to east Michigan tends to get cloudier more often). It also might not be as bright as some other areas of the country at higher elevation that seems brighter on a cloudless day.

For trails I really do like the Prizm Trail lens, but they are not dark by any means (36% visible light transmission) and even though it's 36% VLT, it's also allowing more of the red/brown/orange/yellow light in to make them pop and increase the contrast. Prizm Trail Torch is 35% but it applies that level of blockage even into the red range making them more comfortable for most people in brighter conditions (like mountain biking as you quickly pass between shaded darker areas into open fields), still pops colors but more subtle contrast over all. My other lens choices tends to get too dark in dense woods or cloudy/overcast days. Currently I keep Prizm Trail in my Holbrook XL Kokoro

Prizm Shallow Water Polarized 15% VLT , high contrast, pops the reds/orange/yellow while subduing blues and greens, gives a "golden hour" look most of the day, this is currently sitting loose, but I tend to put it into one of my Holbrook XL

Prizm Snow Sapphire 13% VLT , not as high a contrast as trail, similar Rose base tint, feels 'bright' but really darkens very bright areas out in the sun such as sand and snow allowing you to see more details in those surfaces. Currently have these in my custom Clifden (which with the blockers on has no glare at all and really makes it comfortable when out and bright, they're meant for mountaineering so they can be a bit warm in the summer with all that blockage).

Prizm Deep Water Polarized 12% VLT good contrast, color pop is a little closer to neutral, has a rose base so gives a warmer look but not as warm as Shallow Water, blues are mellowed a bit. Good for bright conditions. Prizm Sapphire has the same VLT but a much more neutral color with the grey base.

If you need to go even darker (though may get too dark if the clouds start coming) there's Prizm Black Iridium (5.5% VLT), Prizm Black (11%) and 24K (11%), there's also this neat Prizm React Torch Iridium which is more googles/etc that is variable covering as dark as Black Iridium up to overcast days comfortably.
O

Thank you so much for taking time to share all this information! Really appreciate it! Now im learning more about the Oakley lenses!

I have it and I love it.
Does anyone know what's the difference between the Z87+ and the Z87+ L3? 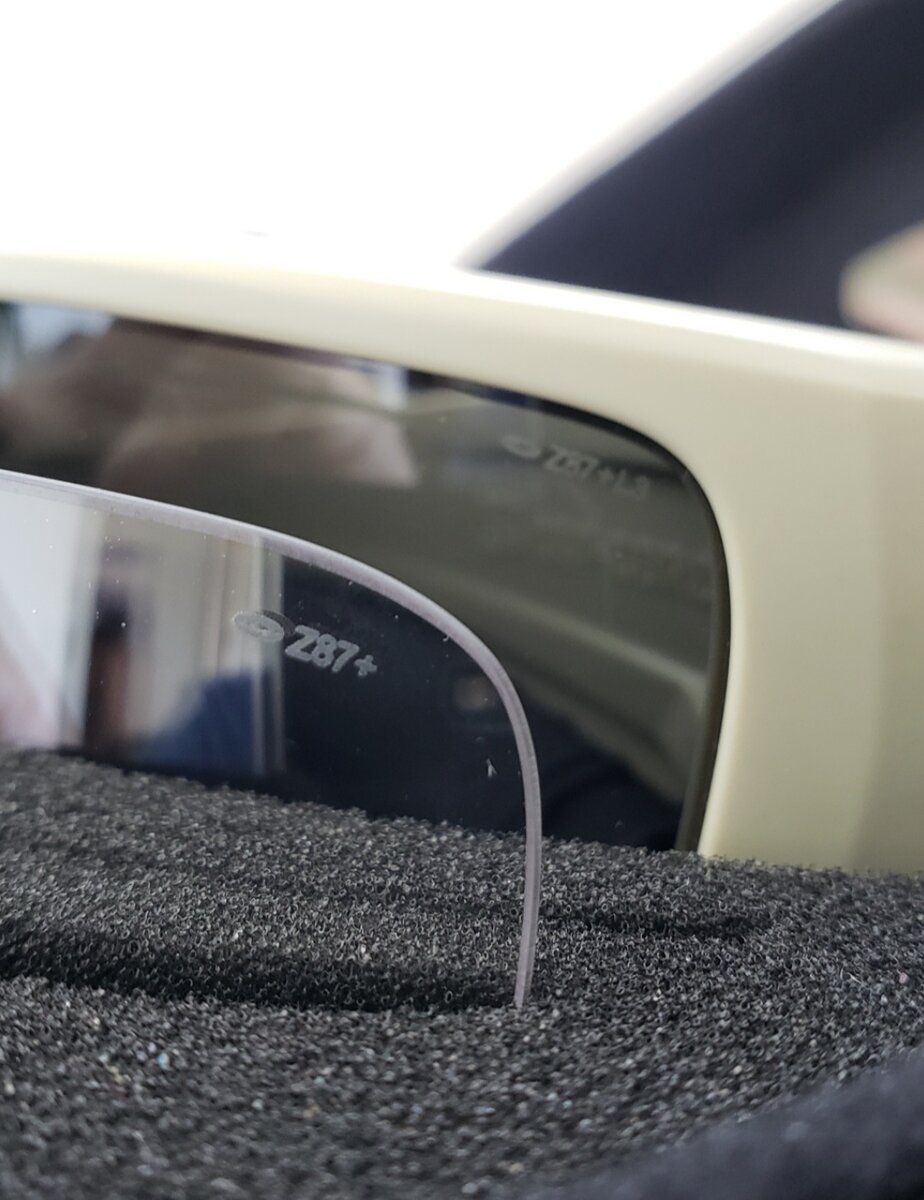 The Cake is a Lie

Should mention that although after market lenses are available they may not meet safety standards.
C

I'm having trouble finding a photochromic bifocal safety lens to fit this frame. Any recommendations for suppliers as I'd really like to get these fully set up for me to wear to my worksites.

The Top 6 Oakley Polarized Sunglasses of 2022