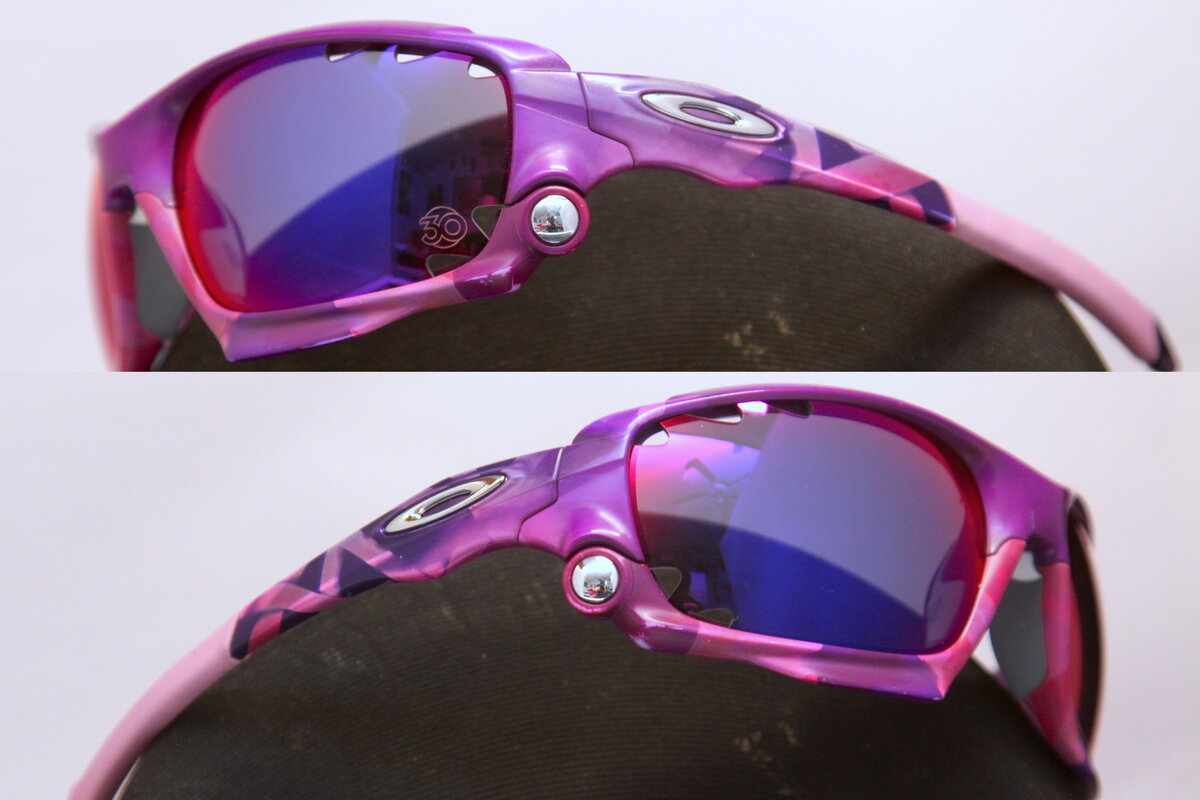 Here's another custom creation of mine, they are certainly ready to make a loud statement haha. They're a number of colors here mixed between Magenta, Hot Pink, Royal Purple, Indigo & Sapphire, along with with some touches of white wear through or prior flaws that didn't allow the dye to adhere fully like on the tip of the temple right after the sock ends. I'd like to think the explosion of color makes up for these areas, or try an pass it off as part of the design but that's not really the case its simply a blemish marks. Aside from those there's that unfortunate ding off center of the bridge. The bolts were previously used so they show number of swirl surface wear marks, though the icons should be spotless as they were removed from a nos pair. Socks are pale pink color made from oem white, they were previously used but weren't sticky or yellowed at all, just not totally unworn.

Originally intended on just including Prizm Road, however I found a strange mark on the left lens that wasn't disclosed by previous owner. The mark on the left lens is a very odd flaw to try an convey to someone else, so at this point I'm just throwing them in as they go nicely with the colors of the frame. They could very likely be fine for most people to wear, or make a excellent yard pair to have. I however am not confident enough to simply include just those and call it a day - as I'm unable to even explain the mark to myself without referencing another lens had a similar defect.. For anyone that's totally sure they won't be able to stand the prizm road set flaws I'll knock off $20 from the price, to leave them out of the deal - though maybe you don't mind having a yard pair of lenses where you can tolerate the marks?

In light of the newly discovered flaw on the Prizm set I'll be including a very lightly used set of +Red Ird with a gorgeous deep indigo iridium color to them, they have marks but they're all superficial in the sense that you won't be bothered by them in wearing them but you may pick up on them while put on display - the largest of the marks present would on the left lens as a line in top left outer corner between the vents. You'll basically end up with the polar opposites in the 'red iridium' variants, a very red/magenta pair being the road set and this one being a very blue version of red ird coating.

Handful of superficial marks, most significant mark is top outer corner between vents on the left lens - photo taken of 3/4 view arms folded shows marks best imo​
Lens: Prizm Road
- decent used condition ~ would be an excellent daily beater set
- presence of marks can be felt in FOV don't pose a major obstruction in clarity rather floating blip in line of sight

In the close up shot (right where the lamp reflection is) you'll see almost like scale texture that's the odd mark - holding up to FOV it's not very obvious, but in wearing them it's felt.​
Left lens has an odd mar mark, gives the impression that either it left the factory with the flaw or someone used a lot of friction/heat or maybe a solvent to clean in that spot.​
HI Pink Goggle Lens that had a similar mark which was result of someone applying a twisting motion, while the lens was laid against the vinyl seating of the chairlift; basically like a rug burn from the heat associated from the friction, created a 'surface burn' of sorts.​
​ 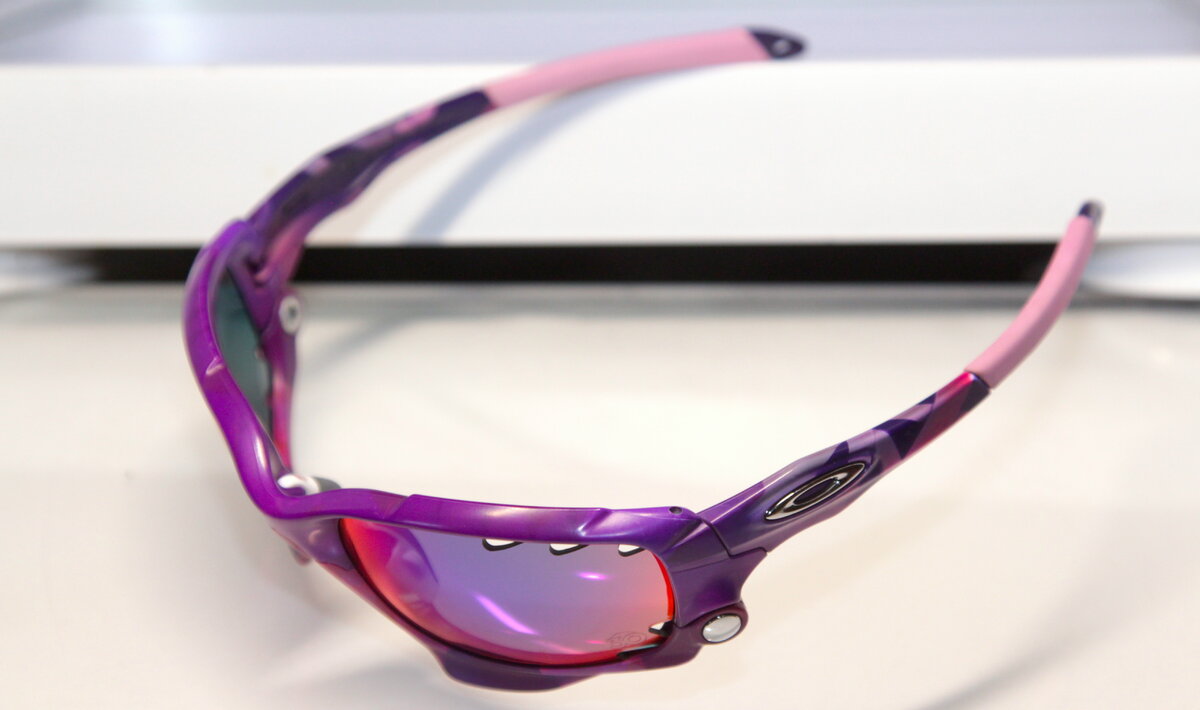 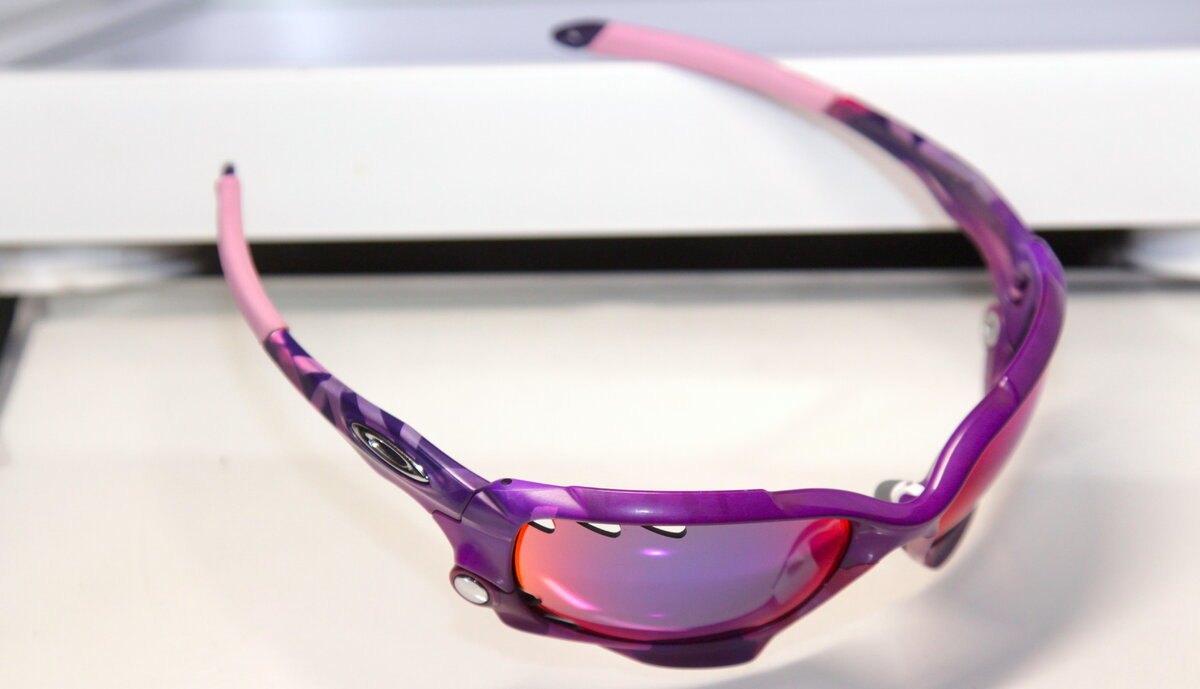 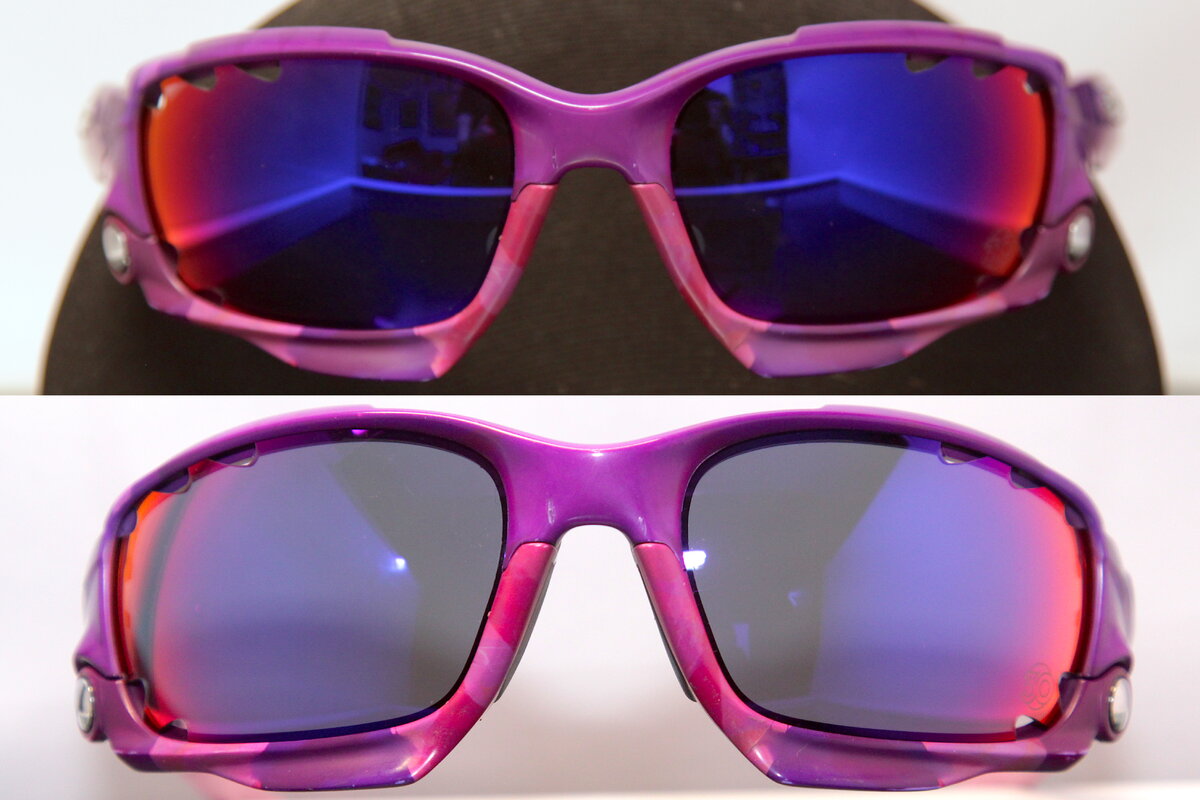 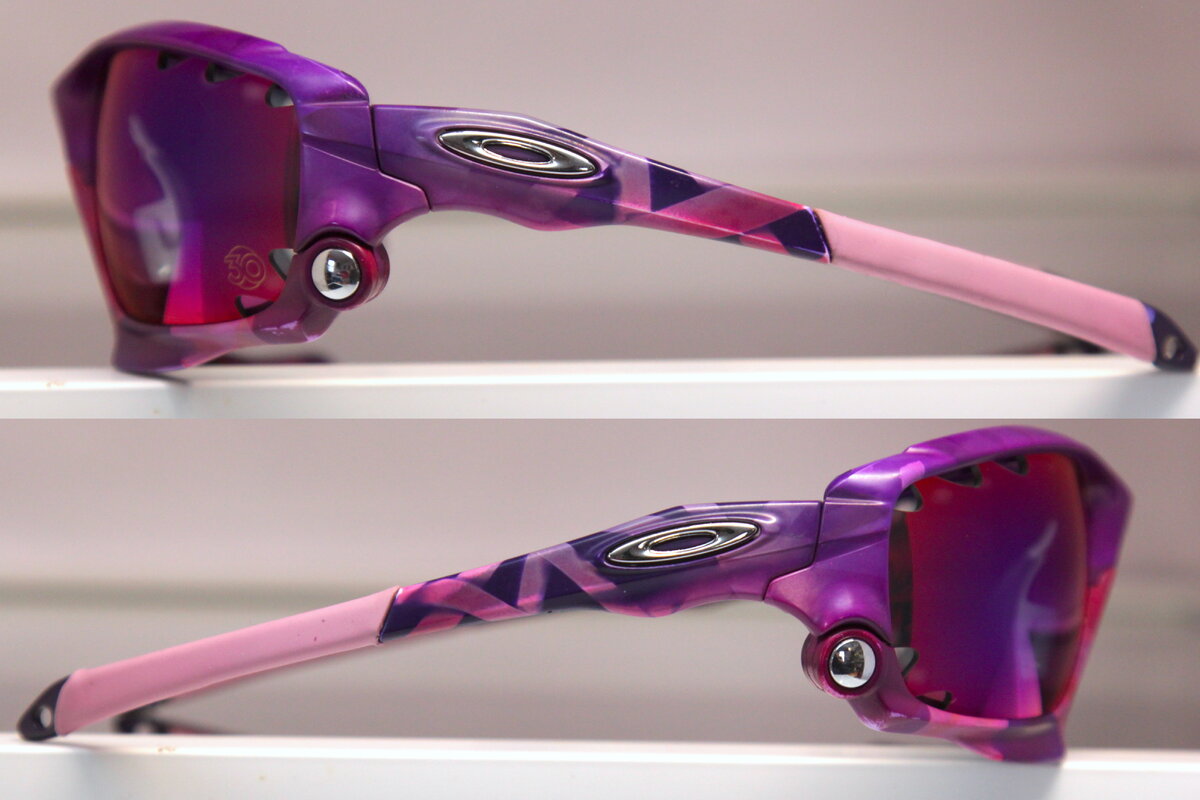 
Thanks. Not exactly mate.
U

Username Hidden said:
Thanks. Not exactly mate.
Click to expand...


Bit on the, ahem “Flashy” side for her indoors?!

Those came out cool, nicely done!

GLWS - always a super detail description and an awesome seller.
U

Username Hidden said:
Thanks. Not exactly mate.
Click to expand...

A little too much for your taste? ...or is your wardrobe lacking sufficient colors to match up with them

Username Hidden said:
Bit on the, ahem “Flashy” side for her indoors?!

Hmm suppose this is relatable then...

GLWS - always a super detail description and an awesome seller.
Click to expand...

I try an be as thorough as I can, while still providing the basics for those that aren't looking to read a novel of text

They're fine. Purple is not a preferred color of mine.

Good luck with your sale.
U