Hi Guys, just wanna share a review with you all.

It's been great seeing how far replacement lenses have come in the last few years. They've gone from cheap crap to being better than the manufacturer's lenses in most cases. I used to retire my shades and get a new pair once the lenses got all scratched up. Luckily I saved some of the frames, like my Oakley GasCan pair, which has probably seen and tested a dozen pair of replacement lenses.

And the technology is just getting better. Just having polarized lenses used to be a big deal, but that's now pretty much standard. The process where they etch the lenses to be polarized has become much more precise, and manufacturers like Walleva and Revant Optics are doing all sorts of things with coatings and taper-correction. Every pair of lenses seem to be an improvement and the coatings even look better too ... because, well, I'm vain and don't object to looking good. 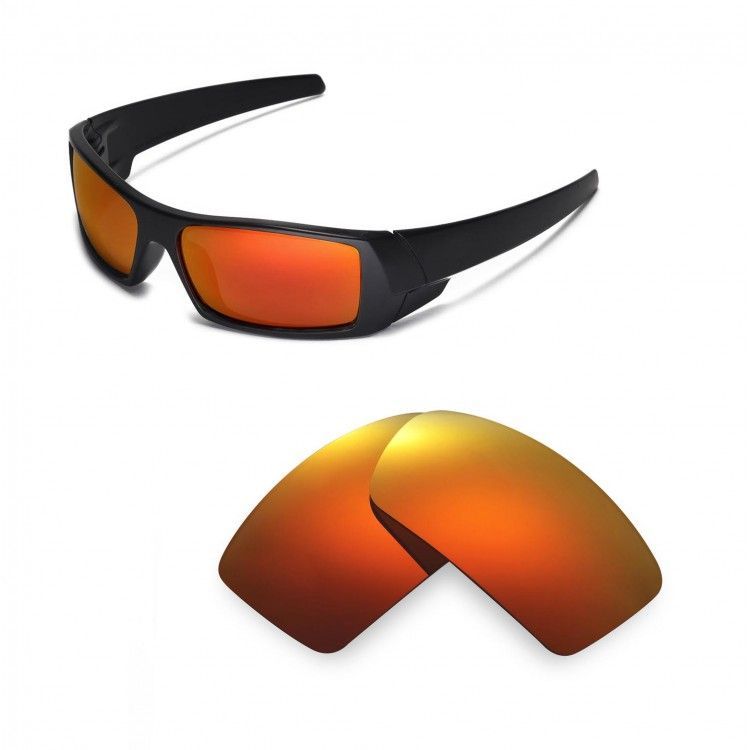 These pair of ISARC lenses provided to me by Walleva come with an inner coating they call "inner side anti-reflective coating" which is supposed to reduce the flare effect from light coming inside the sunglasses at an angle, usually in the early morning or late afternoon, when the sun is low on the horizon.

Product Description
Price: About $22 online
These are polarized replacement lenses for my Oakley GasCan sunglasses, which have turned out to be great frames to test new lenses. This pair of lenses is polarized (I won't wear non-polarized) and features their ISARC technology, which is just a fancy way of saying they have an inner coating. These ones have a reddish coating on the front. At 22 bucks, I would call these budget lenses. 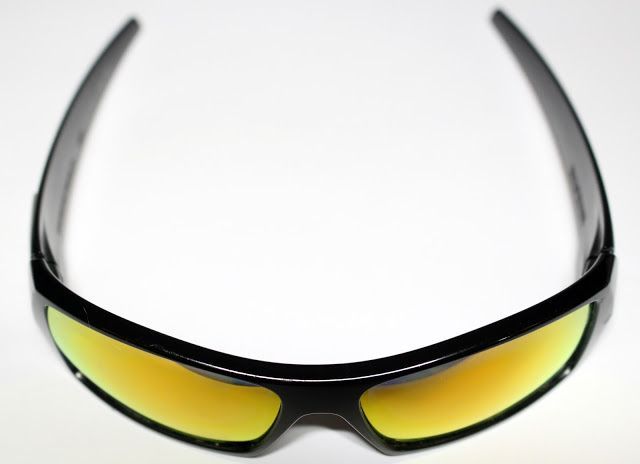 Official Specs (From Walleva)
The lenses are:
The lenses come with some free accessories:

The first time someone offered a pair of replacement lenses, I said no, it sounds like I'd be too clumsy, but at least for these Oakleys, it takes literally a few seconds to pop the old lenses out and pop in the new ones. Now I'll wake up some days and pop in a pair of purple or blue mirrored lenses. I still can't seem to get the stock lenses out of my Ray-Ban Wayfarers, but I've replaced the lenses on several pair of Oakleys, and it's always easy. The stock lenses on Oakleys can sometimes be a little tight, but I've never had any real issues. 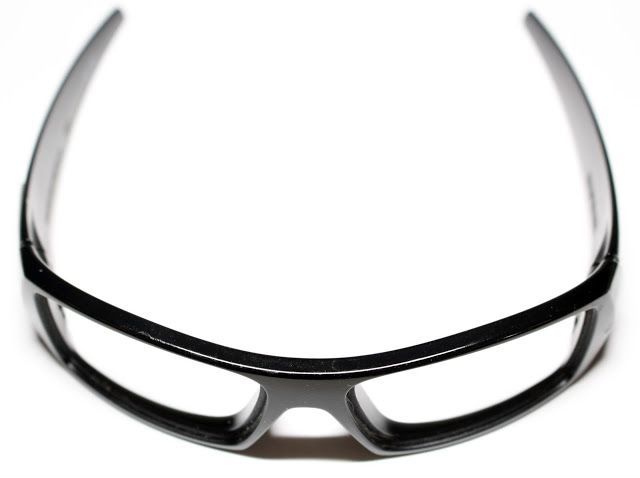 Opening up the box, I see they come inside the standard micro-fiber pouch, with a little micro-fiber cloth for cleaning. Nothing fancy.

The lenses themselves have a rich, red hue. I wasn't too sure about the color when the lenses were sitting on the table, but inside the frames they look pretty good, and I instantly started getting compliments for the look.

Putting on my shades, I noticed that everything has a blue-ish tinge, probably because of the blue inner coating. Like other lenses I have with this type of inner coating, it takes a little getting used to the tinge but it's something my brain tunes out a few minutes after I put them on my face. 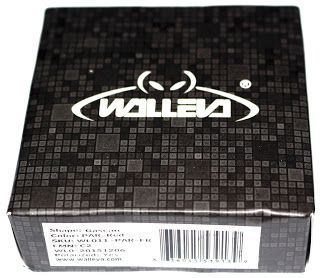 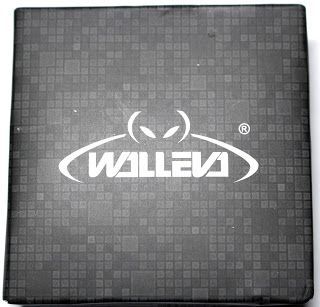 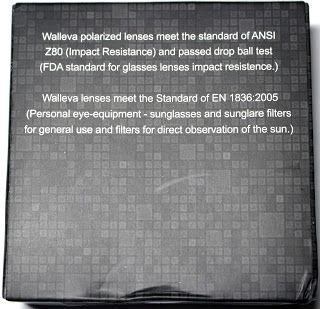 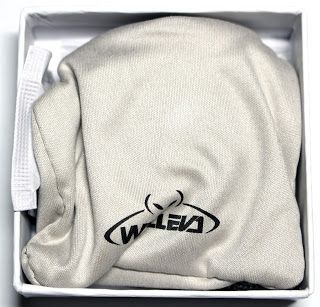 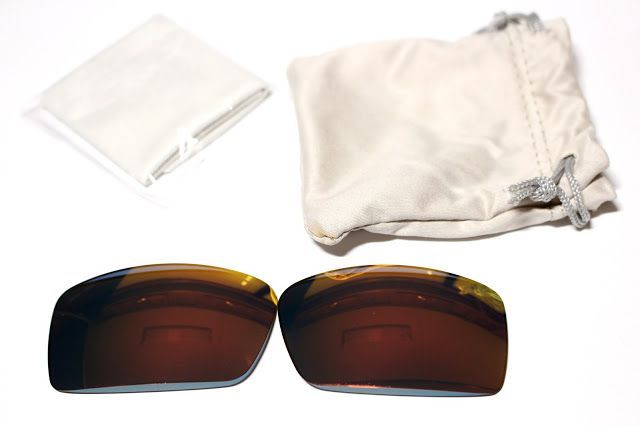 At some point, the quality of replacement lenses got to the point where it's really hard to gauge the build quality because you practically need a microscope to see any flaws. Also, the difference between low and high quality lenses is usually (to me at least) the way they stand up to normal wear, or in my case, extreme wear.

So, having said all that, the build quality seems excellent. The inner and outer coatings look very uniform, and there's no aberrations in the lenses that I can see. The extreme edges have a little bit of distortion, but I have to take them off my face to see it, so it's not really a complaint.

Overall, excellent. One thing I really look for is a good, tight fit in the frames, which this pair has. If they fit too tight, they're hard to take out, and you can damage the frames. If they are too loose, they not only rattle and move around, but tend to attract dirt and debris. So, they fit as well as any pair of lenses I've seen. Not too shabby for budget lenses--bravo Walleva!

The coatings look good: no scratches or chips, rough spots, and the polarization seems nice and crisp. A couple times I thought I found flaws in the coating, but mirrored lenses show dirt and thumb prints more than matte coatings, which is what I've been mostly wearing.

Another thing I'm picky about is clarity. Once you look through a clear pair of polarized lenses, it's hard to go back. The clarity on these is good, but not as good as a few high end pair I have, which I'm assuming is because they're not taper-corrected.

But overall the clarity is acceptable, especially for budget lenses. 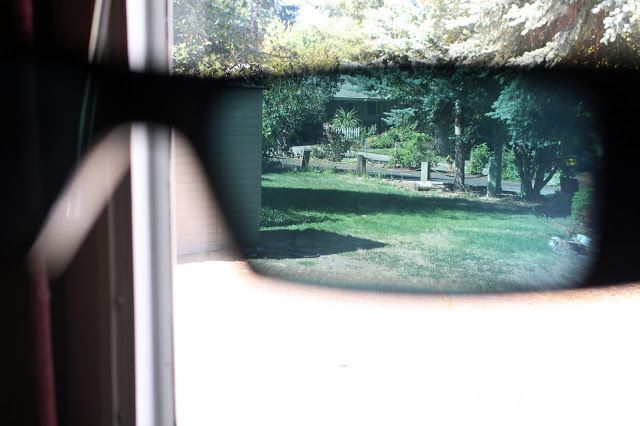 One thing about mirrored lenses is that they're very good with glare reduction, and this pair doesn't disappoint. I've never tested it, but it's always seemed like lenses coated red or brown seem to do a little better in direct sunlight. It's been 20 years since I got an A in physics, but that's been my experience, and a couple people have told me the same thing.

So, the red mirrored outer coating with the ISARC inner coating really seem to deliver when it comes to reducing glare.

Functionality is the number one thing I care about when it comes to sunglasses. Looking good is just a nice little bonus, and these lenses look great in my GasCan frames. I've gotten a few compliments on them, and my brother is jealous because he normally only wears red mirrored shades.

The GasCans in my opinion tend to look better with mirrored lenses. 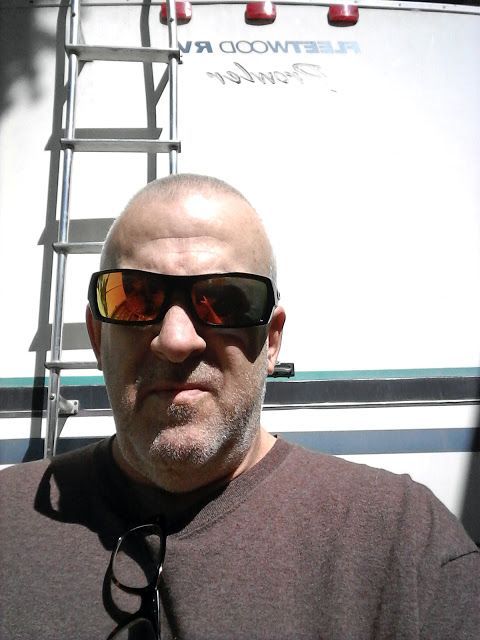 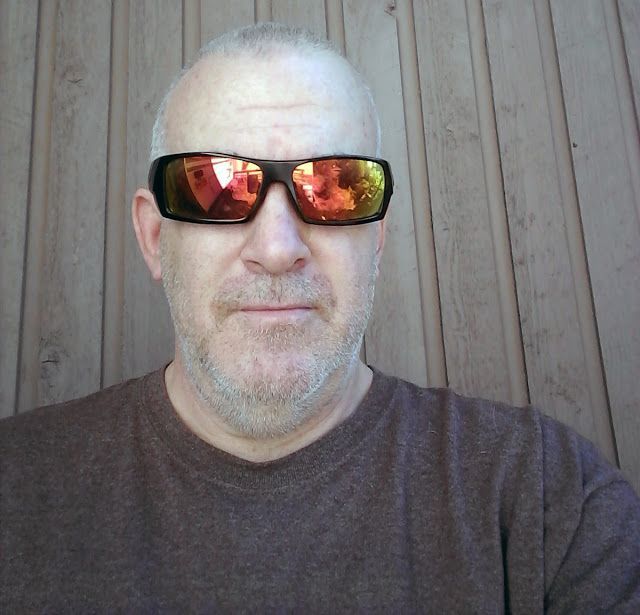 Normally I use my brother as the model, but I made a rookie mistake with the camera auto-focus and he's been working long hours, so this is the best I could do. It looks OK as a thumbnail though. 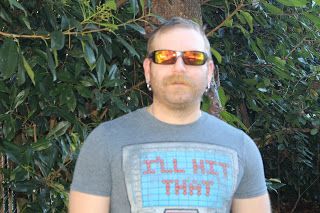 And here's a photo of the brewery as I said "Hey Matt, come outside and put on these shades!" 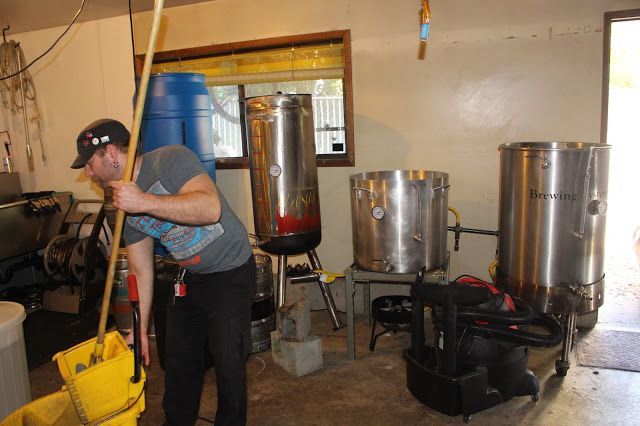 The couple random shots turned out good, and they like me posting photos of the brewery, so here's a couple more!

(This is also where my sunglasses fall out of my pocket after a couple cold ones.) 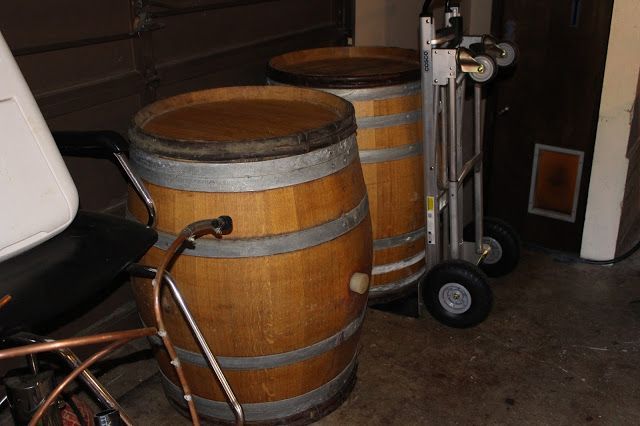 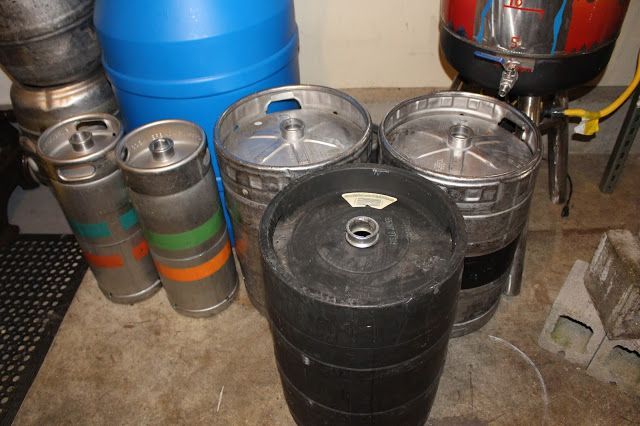 So far these have been a decent set of lenses and on par with anything I've seen in this price range. There's nothing really to pick on other than the clarity, and it's something I only notice side-by-side with high end lenses.

They have done pretty well with driving and working outside and seem to do really well with glare. But the funny thing is that sometimes the sun hits at a certain angle and I get a little glare inside the lenses. It's happened a couple times where I get a little bit of red glare on the inside if I hold my head a certain way. It's not a huge deal, and could just be a quirk of this model frames, but I thought it was worth pointing out.

Overall they seem like good lenses day to day for driving and being outside during summer. It's been sunny and in the 90s and 100s here lately, which is good weather for testing shades and lenses.

The real test of replacement lenses is use over the long term. I've seen 5 dollar polarized sunglasses that work great until the coatings get scratched and rubbed off, which starts happening almost immediately. The two weeks I've spent beating up these lenses would probably be enough to pick up a scratch of nick, which hasn't happened.

But I do have a couple pair of their budget lenses that have seen 6+ months hard use in rural areas with hardly a scratch or nick, so I'm pretty confident saying the coatings on this one seem pretty decent. The factory Oakley lenses were unusable after about 6 months. These pair have probably seen a dozen clumsy drops on the ground so far--they like to fall out of my shirt pocket.

Having that little bit of red inner glare has been a little disconcerting, but it's only happened a couple of times, and hasn't been a deal-breaker.