I have a few with minor flaws which could be used as donors for anyone wanting to craft up their own unique bag...​
How I got em - A few years ago (circa 2015) I ran across a friend who had a large stash of these XL red *stretch line bags which he got from a family friend/pro skier Tanner Hall.. Needless to say I took as many as I could, as despite having owned at least a dozen of the *stretch line crowbar goggles none of mine ever included a red stretch line bag like you'd get with a pair of sunglasses from the series. Why that is the case is a bit of mystery, an I can't find any mention of the bags in any forum post or advertisement.
What I do know is the bag is BIG and red, an I can't think of any reason a pro skier would have all these bags if they weren't intended for goggles. Only recently (past month or so) seen a few examples pop up of the bags but never with a pair of goggles so it's a bit of a mystery to me, of how rare these might be. 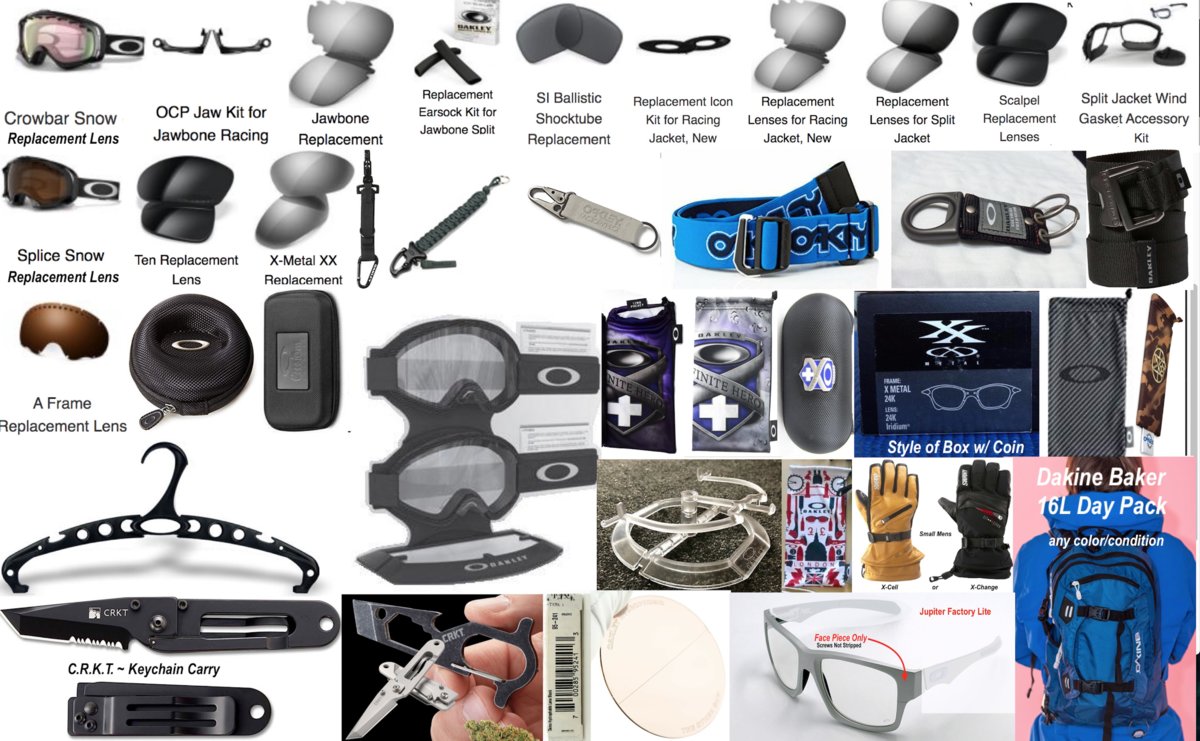 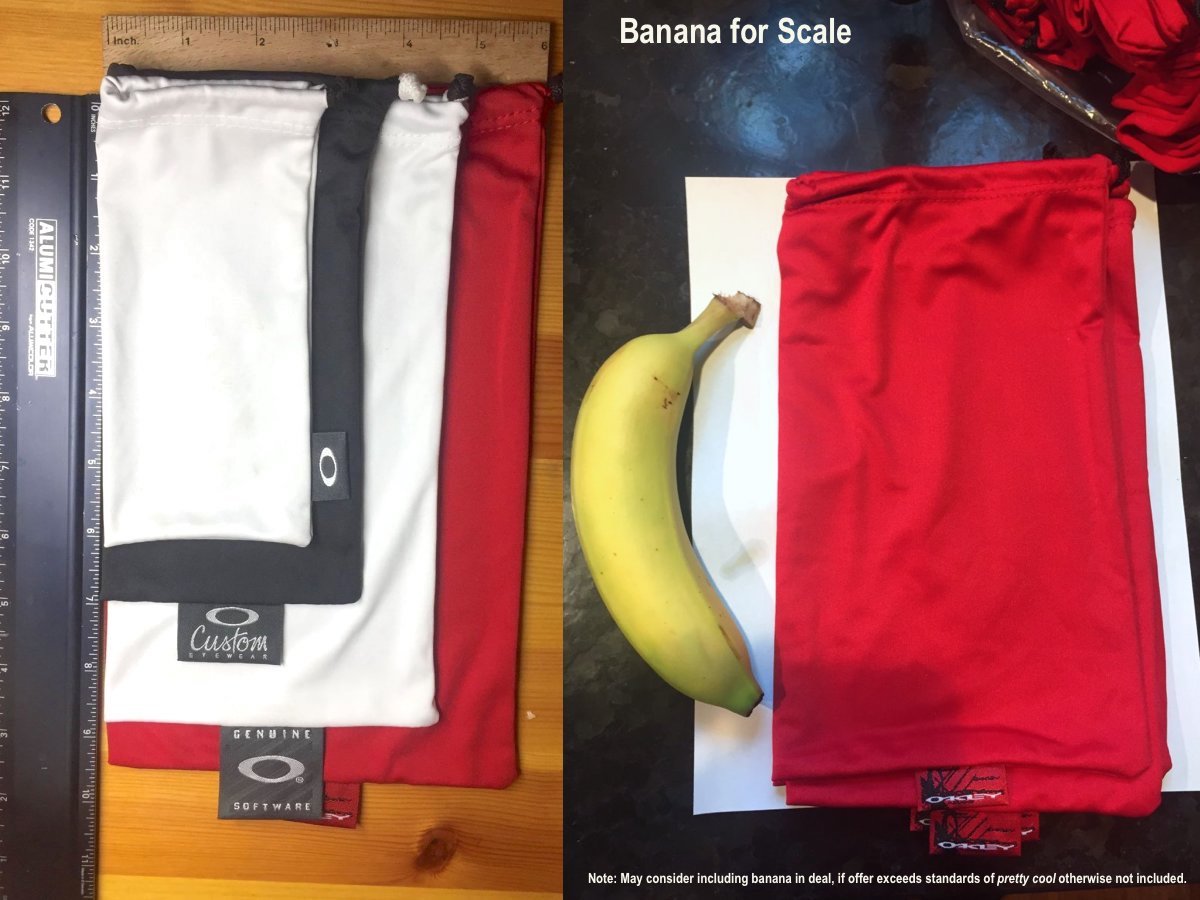 * incase someone asks how I 'really' know the bags are part of the stretch line series, I don't... its speculation based seeing my beloved color ways of crowbars I collected which all had OAKLEY written out on the straps instead of the standard 'O' icons plus on O-R that way, (I know just because you see it 'here' on o-r it could be a typo) those colorways are classified under stretchline series an I recall the terms; crowbar stretch line goggles or Stretch line BLOC text straps were thrown around quite a bit when these came out, I'd like to think they were despite none of them ever coming with these red stretchline bags. My assumption is it's because the crowbar portion of series wasn't released until late of '06 which is the same year the SL series ended and was replaced with the BLOC line in 2007 why the two terms were interchanged a lot regarding the models with the text straps. If I ate too much play-doh as a kid an I'm bonkers for making the connection of the bags to goggles due to how the bags related to the sunglasses, then by all means put me in my place BUT also enlighten me what gargantuan pair of sunglasses were these XL stretchline bags intended for - bonus points if you can provide a stock image photo showing the bag, or the red bag in a catalog with a sku.

they are actually pretty good when cleaning our 🕶 coz of its large size...i also have a few of these.

Username Hidden said:
they are actually pretty good when cleaning our 🕶 coz of its large size...i also have a few of these. View attachment 669106
Click to expand...

Up until about last month I'd never seen anyone with more of them, that's pretty wild! (granted an oakley forum would probably be the best place to find someone with one but still)
There's some couple on ebay who has singles for about 25 a piece, but other than that I've found zero info on them. Do you have any more incite on their origins, or did you get yours from that ebayer?
Last edited: 10/27/19
U

sorry i also dont know much about these bags...i just recently got them on ebay...looked also for more info, but couldnt find any. they are actually of softer material compared to other mf bags.
U

So how much if you would be selling them?

also, I would assume that if it’s bigger than a banana you would be able to store an ”adult toy”? You have peaked my interest so if you would ever want to sell straight out I would be interested.
U

Username Hidden said:
So how much if you would be selling them?

also, I would assume that if it’s bigger than a banana you would be able to store an ”adult toy”? You have peaked my interest so if you would ever want to sell straight out I would be interested.
Click to expand...

Suppose these can double as Christmas stockings


I’ve checked with my mum and she can confirm that a ‘Toy’ will fit but she has complained about the dye from the bags staining her puśśy .
U

These are cool. They are stretchline bags. The sunglasses sized ones came with Twitch Fat cats and Dispatch 1’s iirc.

I’ll dig through some of my stuff and see what I have for trade.
You must log in or register to reply here.