you know, the thing!

Hometown girl Holly Holm. Albuquerque went nuts last night.
+700 to Rousey's -1200
that woulda been a bet.
Poor Rousey never been in a real fight. She looked like a chubby college girl compared to Holm.

If you saw her IG post, you start to wonder if this was played out ridiculously perfectly in the name of karma, or there's some kind of WWE narrative.

Really, what kind of professional pulls AND posts **** like that? Much needed descent to Earth. Trying so hard to fire shots at Mayweather every chance she gets, even if she'll act like she's trying to play it down at first; I don't know if she's intentionally riding on fueling the "feud" for spotlight. She's usually implying she's a badass, and beating around the bush about what she could do...instead of outright gloating. She was literally alluding to the idea she could take Floyd and Ray Rice, yet was taken down by a boxing/striking specialist herself in what looked like a convenience store mugging.

My problem isn't the arrogance, but rather the tryhard attitude behind it. Don't get me wrong, I don't actually hate her or some of the ideals she tries to advocate, but I never liked the way she goes about it. The part of her bandwagon that took things to extremes, and played the gender card too much when other people didn't buy into her hype....looks really stupid right now. It's like when people rode LeBron to the gills with the nerve to say he was GOAT only to see him fall flat on his face in 2011.

the_owl said:
Hometown girl Holly Holm. Albuquerque went nuts last night.
+700 to Rousey's -1200
that woulda been a bet.
Poor Rousey never been in a real fight. She looked like a chubby college girl compared to Holm.
Click to expand...

DOUCH got over confident, she was out of shape. She got it coming though its about time. the un sportsmanship terrible she deserves that ass kicking lol.

She is still hot lol!!
D

Dieseltech said:
She is still hot lol!!
Click to expand...


46 second mark ought to tell you my thoughts on the subject. 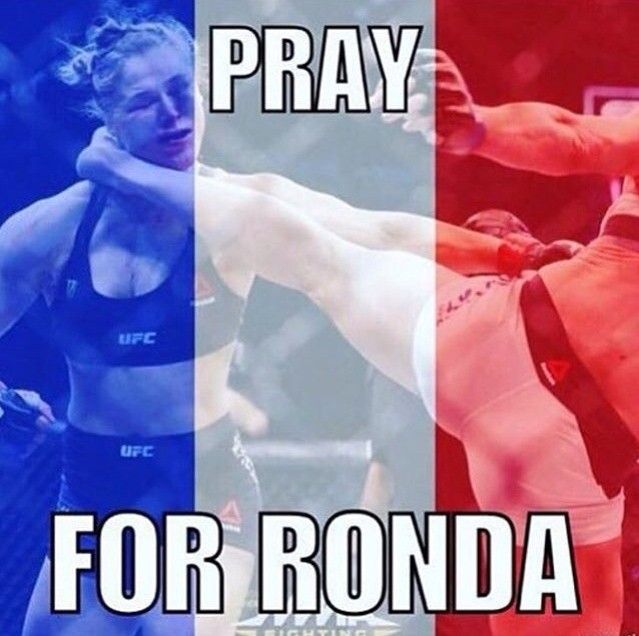 you know, the thing!

I dont use #instatweetergram but apparently #KTFO is trending...


Sponsors walking away like Rousey's a jail house snitch

Everyone gets beat at one point or another. GSP, Gracie, Matt Hughes, Silva, Lesnar. She had nothing on Holly. A real whooping. Better than a decision which leaves people wondering what if?

She got cocky... And holly was on point on those take down defense! It will bring more attention to the class.