The Cake is a Lie

From what he's explained is the clasp opens \_v_/. Instead of the normal _\. (I couldn't screw this description up more if I tried). He says its the 2nd run of the first Time bomb serial 560 or 590. Is this guy blowing smoke up my ass or does he have something? I'm waiting on pics.

Smile you son of a bitch

There is a difference between the clasp on the first and second generation of the Time Bomb. The first gens had a flush clasp that looked just like one of the links and was not raised. The second gen had a clasp that was slightly raised and had an O icon on it. You can google images and see the difference. If its a gen 2 than it will have the clasp with the O icon. Not sure why he is not sure on the serial number

Smile you son of a bitch

Here is a pick of the clasp on a Gen 2 Time Bomb. 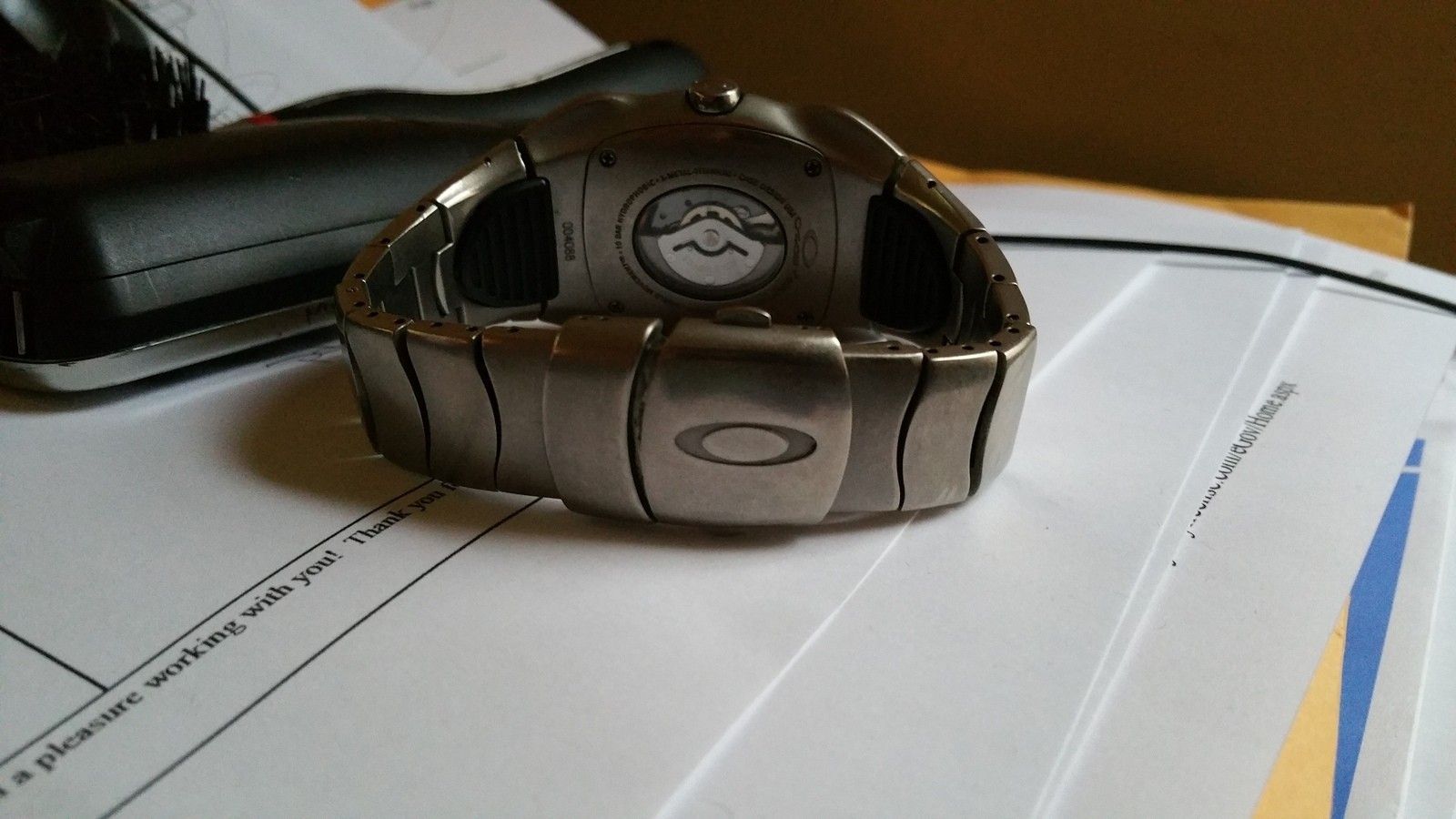