If you have any questions for @El Chupa Cabra, leave a sensible question in the thread comments or PM him (and please cc: me, so I can update this thread with the response).


Disclaimer - As far as I know, there was (and IS) only ONE GOD-MAN that ever walked the planet. And it wasn't @El Chupa Cabra. Yes. Believe it or not, @El Chupa Cabra is a mere mortal like the rest of us.
- The opinions expressed here are not necessarily facts but they certainly beat anything I've heard from people who weren't working at Oakley.
- It's not intended to "rob other threads and parts of the forum of genuine conversation about things and forcing unnatural convos". I think most of you are big enough to handle that concern.
- It's not intended to "rob other members of their opportunities to build private relationships with people" and you are that easily influenced, I want you to send me the top 10 most expensive pairs in your collection insured to Amman, Jordan. Thanks!!


Introduction
In the last few months, a user by the name of @El Chupa Cabra quietly snuck onto the scene here at O.F. late last year. He seemed like a non-descript Oakley fan like the rest of us with just 80 posts to his name....

And then he suddenly caught our attention with this insane story documented here.... My Favorite Oakley Piece .

It emerged that he indeed had been an Oakley employee for just over 12 years.

P.S. Many thanks to @El Chupa Cabra for taking the time to answer my questions and also being willing to share your knowledge and experiences with all of us!!

Here's what he answered to some of my questions!!! (Answers have been edited for grammar and spelling by me)

What is your first memory of meeting Jim Jannard (founder of Oakley)?
The first time I met Jim? He was walking in a hallway smoking a cigar. I worked in HR and he was not very fond of our department, especially our leader. Jim is a "my way or the high way" personality and could/would change direction on a dime. The real Oakley was gone to Bedford by the time I got there. We have a picture of him I. The museum but it’s not a great one.

Later that same day an employee came to me and said she wanted to report someone smoking in the building (which is against the law in the US). I knew she was speaking about Jim (Jannard). I said it wasn’t going to happen. It was his building and he could do what he wanted! When you smelled cigar, you knew he was around.

I remember when we all got together and he told us he sold (Oakley) to Lux(ottica)... the room was in shock. Financially it made sense for him as he now had the money to start Red.

How did you end up getting a job at Oakley?
I was working in Japan at a consulting company when I had my first experience with Oakley. I was helping them find someone to run their Japan office. I returned to the States in 97/98 and was working for another consulting company and was now helping Oakley with their international business. I left that company rather quickly and wasn’t sure what my next step was going to be.

I called the HR Director at Oakley and asked her if I could use them as a reference. She said no... I was shocked as I thought we had done great work together. A few seconds passed and she finished her sentence... No, but can you start here tomorrow? Of course my answer was, "Yes". I never had to interview.

I spent my 13 years at Oakley in the HR department responsible for Talent Acquisition. Over my 13 years I brought over 700 people into the company. I built the design team. I was good at rebuilding teams that were struggling. I'm very proud of hiring the entire 130 people apparel team, rebuilding the eyewear design team and tons of others.

When I first got to Oakley, they were very much a plant that hired people who looked the part rather than those who could do the job and be able to elevate the team to new levels. It took a few old school guys to leave and a lot of conversations. But they finally used people from outside (in the action sports industry) who eventually had an amazing role.

Was there much theft of prototypes/sunglasses from Oakley (that you know of)?
I hope no one stole any prototypes, but it may have happened. Most theft related to product, occurred from the manufacturing area. We would find people had stolen enough parts to have a small manufacturing line at their home. These people were prosecuted. Oakley had a very good relationship with law enforcement.

How were the sponsored athletes chosen?
I didn’t have any involvement with how atheletes were selected and who got their own line. However we did have one athlete who we gave health insurance to because he went through a heath scare.

Most of you know that Michael Jordan was also a sponsored athlete!! Hmmmm... Not sure why, but I have my own ideas about how he came to be (which could be wrong). The issue we had was because he was a Nike athlete, his deal there prevented him from having his photo published in anything apart from a Nike product. All the photos of him in Oakley eyewear could not be used. Now that I think about it, he was brought on to the board by a CEO we had in for a very short time. It was by an ex-Gatorade CEO who had a relationship with him. This happened a few years before I got there so these are recollections of things I heard.

How do they deal with mistakes and were people fired for making bad ones?
The good thing about having manufacturing on site is you catch mistakes before the get out of control. Any eyewear that didn’t pass quality was destroyed, I expect a few slipped by. We usually didn’t fire people for honest mistakes. We viewed it as a learning opportunity for everyone involved.

What are your favourite memories?
Best memory of Oakle is tough. I’ve made life long friends with people - that’s amazing. I ran the Halloween parties every year... I was always some form of Zombie. The employee population loved those. A few photos below... 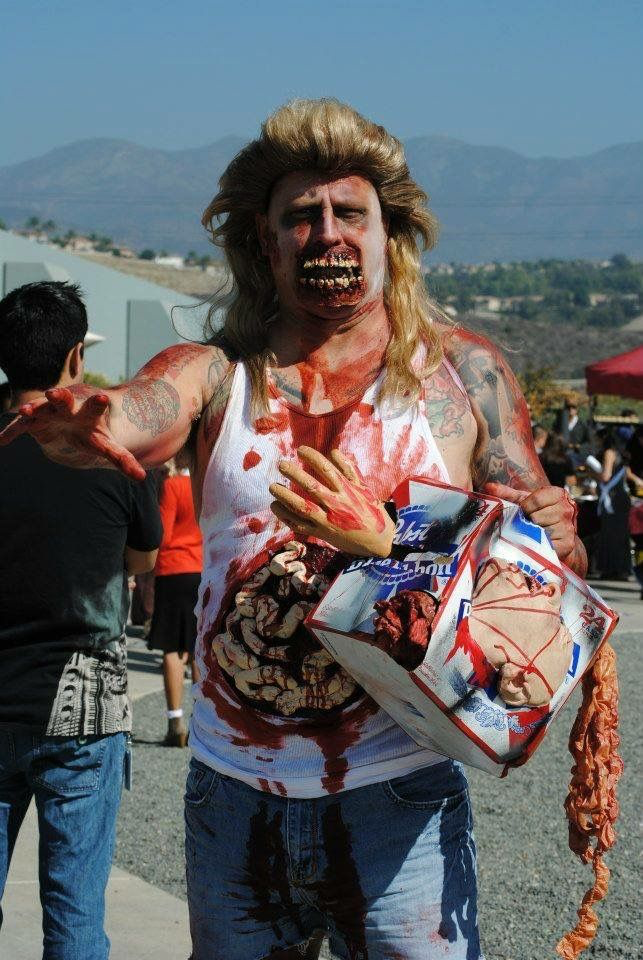 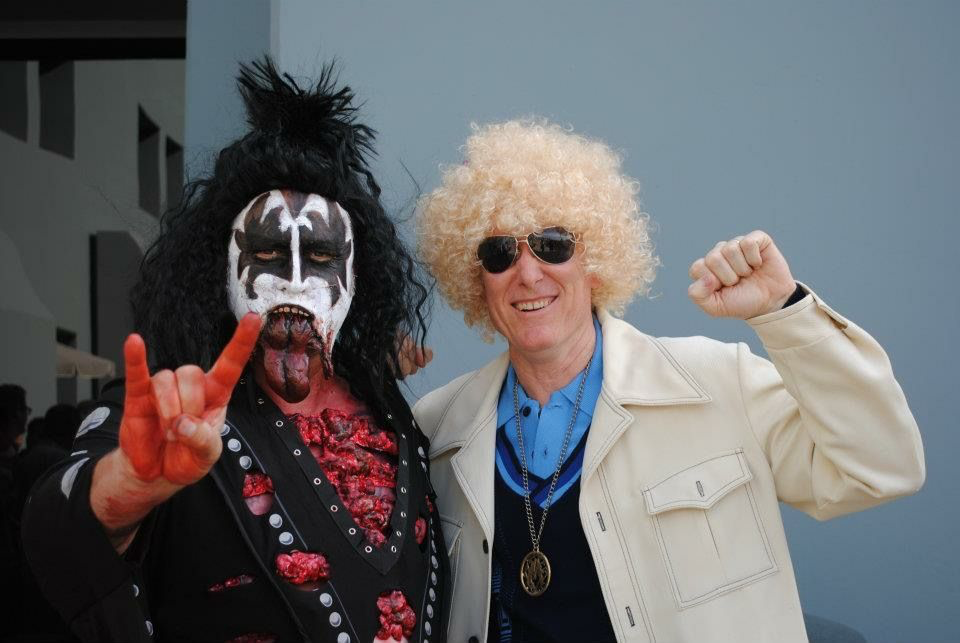 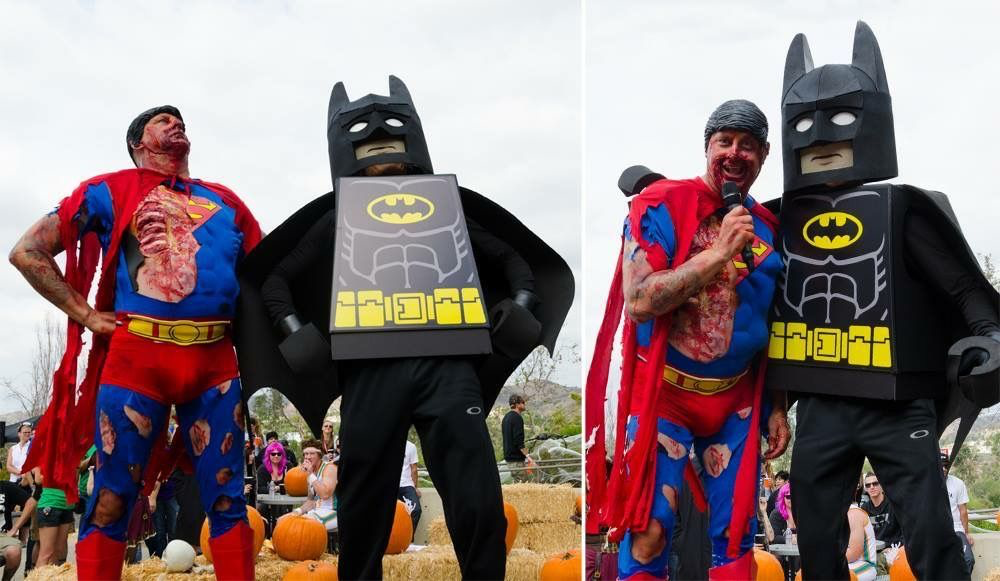 One of my favorites is when I dressed as Cupid for Valentine’s Day and passed out candy hearts and beer. I interrupted a meeting with our CEO and a Lux official that day. Most of the people were very nice, especially those who came to work at Oakley who understood and embraced the culture. 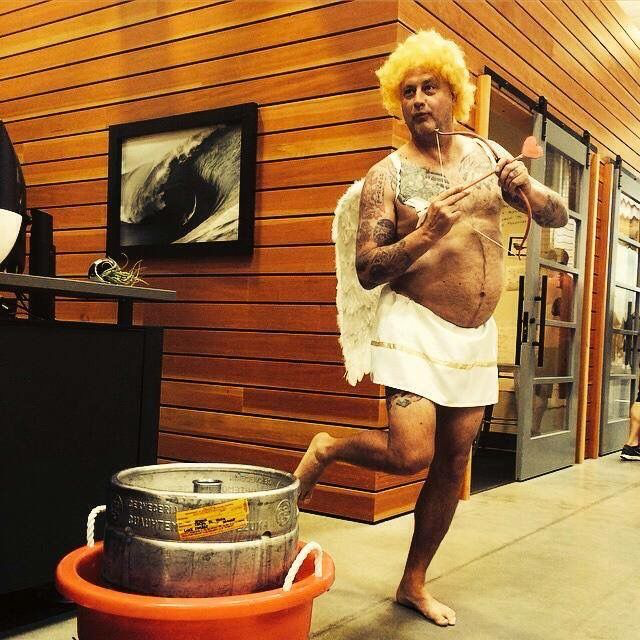 We also supported a lot of charities and my favorite was the Special Olympics. A team of Oakley people would assist with judging or even just sit in the stands cheering the athletes on. I would have my entire family participate. 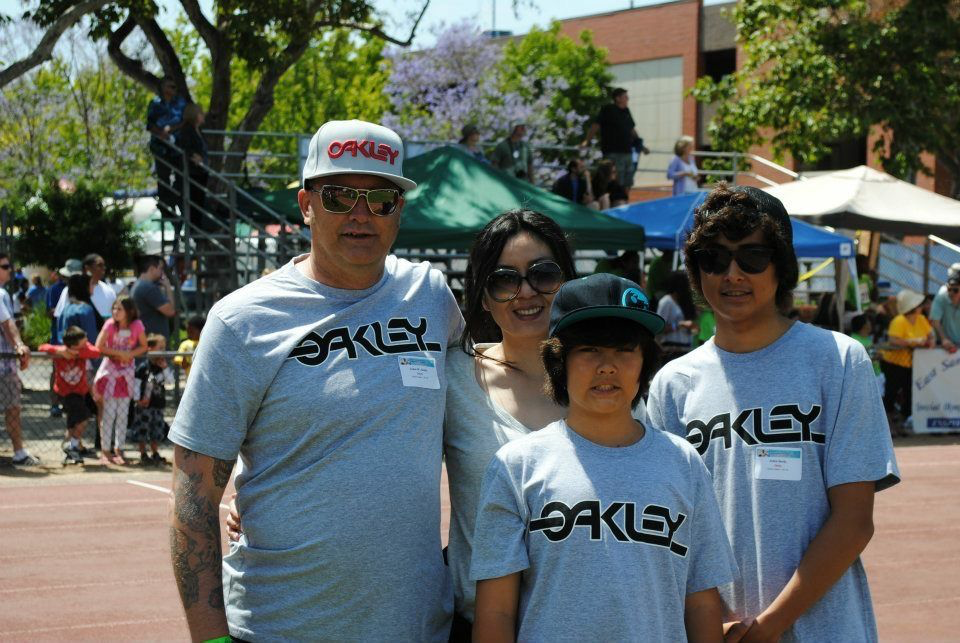 What is the future of Luxottica's Oakley in your opinion?
The future of Oakley... that’s a tough question especially now that Esilor and Lux are merging. The Oakley HQ is now nothing more than a North America Lux Manufacturing facility. Esilor has a large manufacturing center South of HQ in Mexico that I could see all manufacturing moving to. That’s purely speculation on my part. Eyewear design and R&D are still there... good people but I’m not sure how innovative they can be in the future.

I do not prefer the new eyewear that is coming out and I believe the quality is inferior. The apparel and accessories are now being designed in Italy - haven’t seen much I like there, either. They’ll be around but I’m just not sure that they will produce the outstanding design and innovation they had in the past.

Epilogue​
This thread is dedicated to my favourite superhero who actually looks like @El Chupa Cabra. He goes by the name of CacATQUAMAN. We don't know who he is, but we know that he has a secret base somewhere in the Middle East. Despite his incredible good looks, his superior intelligence and superbly tuned muscular body keeps the fawning public from discovering his true identity. The word on the Forum is that only @V2oak knows who he really is. 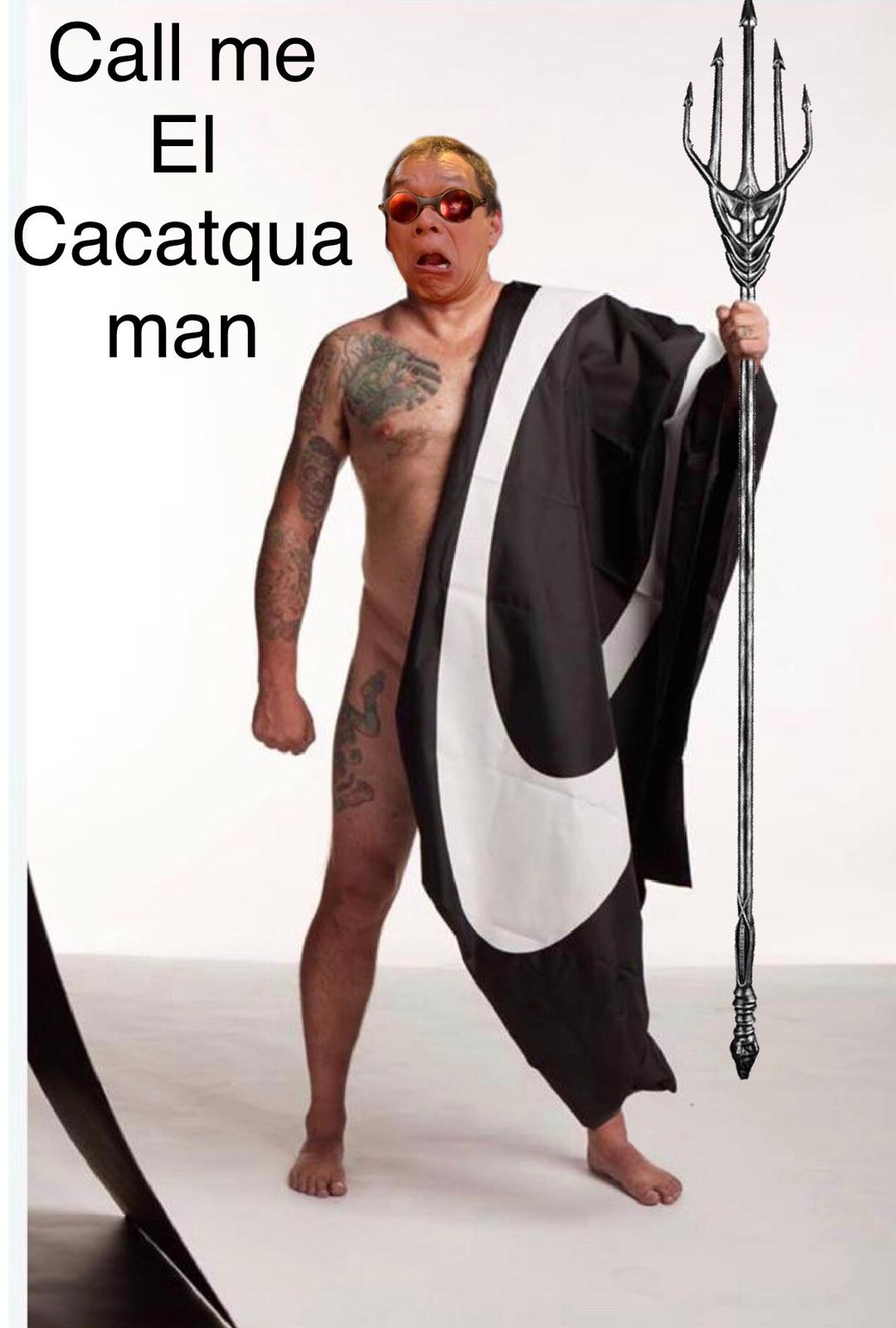 Dude. He is super cool but this is overdose. He aint jim jannard

I tried Jim Jannard. But no response.


He was making his own threads and doing a great job at providing info when asked. This is a recipe for a sh!tshow.

Theres another member who recently popped up and was an actual member of the manufacturing team there during the heydays. Should we make him his own thread too and spoil the rest of the forum?

"TRUMP" said:
He was making his own threads and doing a great job at providing info when asked. This is a recipe for a sh!tshow.

Theres another member who recently popped up and was an actual member of the manufacturing team there during the heydays. Should we make him his own thread too and spoil the rest of the forum?
Click to expand...

Q
Just a boy trying to make his dads day